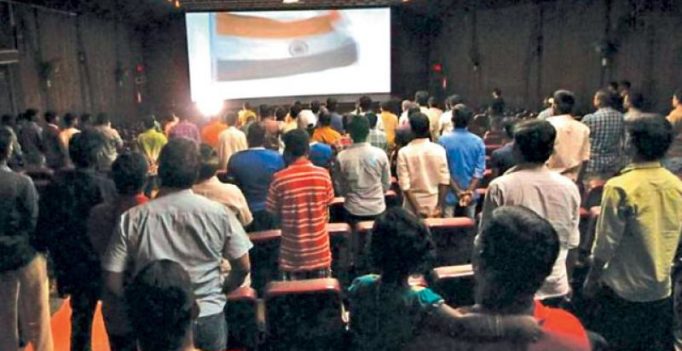 The controversy around the national anthem playing before the start of a movie has been compounded further.

The controversy around the national anthem playing before the start of a movie has been compounded further. Earlier this week, the Ministry of Home Affairs reportedly issued guidelines about how the differently abled must show respect to the national anthem. The ministry reportedly wrote. “Disabled should be still, alert when National Anthem is played. Those with Mild Intellectual Disability should be trained to respect. The guidelines also went on to say that the physically disabled must not move and should strive to maintain the ‘maximum possible alertness physically.’ We speak to activists and prominent celebrities on whether these guidelines are a good move.

We get celebrities to give their take on a current issue each week and lend their perspective to a much-discussed topic. This week we talk about: The National Anthem row

Manushyaputhiran, Tamil writer and poet: ‘Courts in India should intervene’

What has the government done for disabled people in this country to demand or force them like this? Compared to the West, we don’t even give special needs to these people — in most places, there are no pathways or ramps for them. This move only makes me feel how cruel this government is. They are violating rights of every human and I genuinely think that courts in India should intervene and give a possible solution for this. In a scenario when most of the government offices itself don’t play the national anthem, why should they force it in theatres? Can you just imagine what a visually impaired or hearing impaired or even a person who’s suffering from autism will go through with this rule?

Murali Gopy, actor-writer: ‘They are dictatorial, not democratic’

Personally, I am against  such impositions. They are dictatorial, not democratic. Moreover, India’s patriotic fibre is not the same as those European countries (of yore) on which we are now trying to model ourselves. So, when you impose patriotism through law, you are not actually considering what I’d call Indianness. India is uniquely poised; it is a confederation of various identities and not a single-window for anything including nationalism. Our pride is in us being spectacularly diverse yet subtly one. Regarding the anthem, I feel its exclusivity of application is what makes it more respectable. Making it commonplace will only render it…well rather commonplace.

Javed Abidi, Founder of Disability Rights Group: ‘Everyone is making a mountain out of a molehill’

I think it is important to understand the context here. It all started when people in theatres started disrespecting the national anthem. When the guidance was passed for this situation, someone questioned what about disabled people. And therefore this guidance was passed. But, I think everyone is making a mountain out of a molehill. I am a wheelchair user and have been one all my life. But, when it comes to respecting the national anthem or the national flag, I do all my bit to stand up and stay alert. I’m an Indian first and then a disabled person. Being an Indian, I have to respect my flag and my anthem. And if you’re talking about disabled people, what about the blind and the deaf? There, their disability doesn’t come in the way of standing up. The national anthem isn’t just restricted to the theatres. They are also played in schools, at community gatherings, functions — kahan kahan exempt karogey?

Aditya Mehta, para-cyclist: ‘It is an excellent move’

It’s an excellent move by the Ministry of Home Affairs. It tells people that we are as normal as anybody and that we don’t need any sympathy from anyone. This way people won’t make us feel different and miserable. And, while I was watching Dangal at a theatre recently, I stood up when the National Anthem was played and there were few others next to me who didn’t bother to standing up. I think, looking at us, people who don’t respect the anthem will finally learn a lesson.

The idea of standing during a national anthem was to be respectful towards the anthem and the nation. With the differently abled, it is reflected in their expressions and eyes. But by forcing a certain posture, this respect will vanish. It will become a chore and many people will be struggling with postures, totally missing out on the original idea of respect.

The recent incident, where a 59-year-old was assaulted for not standing up during national anthem, shows a shocking lack of awareness. How can those people even have imagined that a person who is in a wheelchair will stand up? These guidelines which the Supreme Court came up with as a solution are abstract. It makes the matter even more complicated. I mean, how do you know what maximum attentiveness is? Also, there are so many invisible disabilities. So, are these people supposed to tell everyone, don’t beat me up because I have an intellectual disability? Who is to monitor the situation in movie halls? 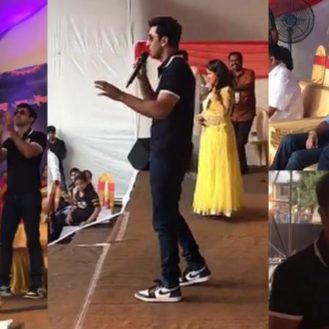