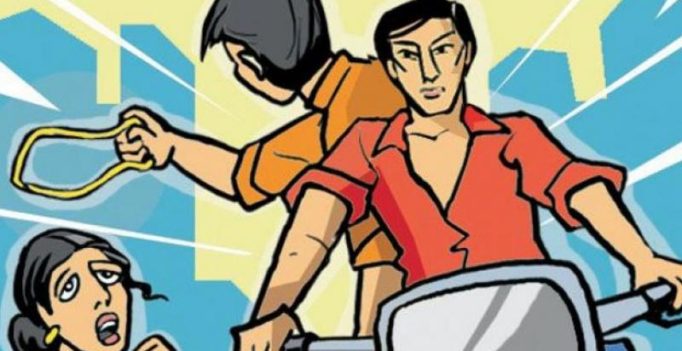 Based on the details, the suspects were nabbed and the gold chain found intact in their possession,” said Mr Rao. (Representational Image)

Hyderabad: Taking lessons from videos on chain snatching from YouTube, two offenders committed a chain-snatching offence at KPHB. Four days after the incident, police with the help of CCTV footage and other evidence, nabbed the two and recovered the property.

The suspects identified as K. Sambashiva Rao, 42, and V. Tirupathi Rao, 27, both already accused in murder and property offences, snatched a 6.2 tola gold chain from a 58-year-old woman on Monday at KPHB.

Madhapur DCP A. Venkateswar Rao said that only three digits of the number plate 129 and the make of the vehicle Honda Unicorn 150cc model were discernible in the footage. Inquiries revealed there were 68 bikes having 129 as the number and 18 of the same model with 129 as the last three digits.

“Finally one person’s bike matched and on inquiring he admitted that he had lent his bike to his friend for some personal work. Based on the details, the suspects were nabbed and the gold chain found intact in their possession,” said Mr Rao.

Tirupathi Rao is involved in seven cases, including two murder cases. He also has a suspect sheet against him at Tenali in Guntur. Sambashiva Rao is an accused in a murder at Shadnagar, where he allegedly robbed and killed a trucker and sold the iron cargo.

They were produced before the court and sent to remand on Thursday. 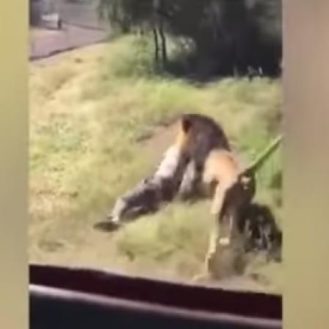 Terrifying moment lion savagely attacks elderly man in an enclosure and drags him across the floor, (Youtube Screengrab/ Daniel Kalemasi) A video has gone viral…