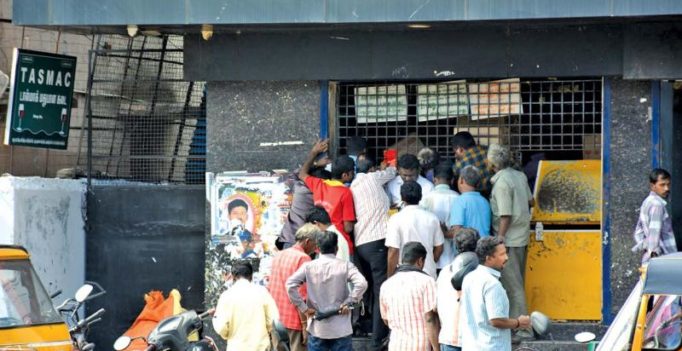 Chennai: Amid complaints of Tasmac employees at liquor shops extracting more than the maximum retail price from customers, it is alleged that some shop supervisors are employing their own men at the shops and forcing the recruited employees to resign, according to Tasmac employees union sources.

Such illegal recruiting has led to a standoff between the ‘outsider’ and a salesman at shop number 1002, located near Mylapore railway station last Saturday (November 26).  “Both were ready to go at each other with broken beer bottles inside the shop but others intervened and stopped them,” union sources said.

The standoff was between the salesman Asaithambi and Jayakumar, the alleged outsider working in the shop, with the support of the supervisors. The supervisors were reportedly encouraging Jayakumar to work in the shop and paying him with the extra money generated by overcharging the customers. “The idea was to force Asaithambi to resign through continuous harassment and fill the vacancy with Jayakumar,” sources said.

According union sources, there is a trend in Tasmac shops where the supervisors encourage outsiders to work in the shop as salesmen and force the recruited ones to resign. This allows the supervisors to make good money by giving the job to the outsider. Supervisors could be doing this with the help of some other Tasmac employees, sources added. At a certain level, Tasmac officials also encourage such out-of-turn ‘recruitment’ if it is beneficial to them.

“The entire episode that took place inside the shop last Saturday was captured by the CCTV cameras and the senior officers can browse through the clippings,” union sources said.

A senior Tasmac official, when contacted, said that an officer in the rank of divisional manager has been asked to look into the incident. 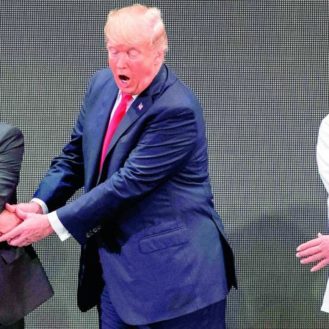