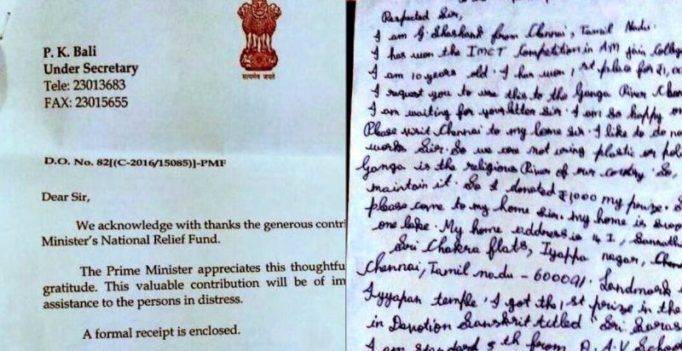 By far Rs 20,000 have been spent for cleaning Ganga (Photo: Twitter)

Chennai: Cleanliness and pollution have been concerns for India since quite a long time now as littering, lack of waste management and industrial waste continue to plague our cityscapes and ecosystem, even as the government keeps announcing new campaigns as a part of the Swachh Bharat Abhiyaan.

One of the initiatives announced by the Modi government is the project to clean the Ganga River which holds great significance culturally as well as ecologically in India. As crores have been spent on the project for years, there is a need for awareness among citizens as well.

While grownups in the country are unfortunately not too enthusiastic about changing their ways for cleanliness, a 10-year-old child from Chennai seems to be doing his bit for cleaning the river.

The boy named G Shashank sent a sum of Rs 1000, which he won in a school competition, along with a letter as contribution for the Clean Ganga Project, mentioning that he uses only natural products and avoids plastic to contribute to cleanliness.

The money reached the Prime Minister’s Office and Shashank received a letter of appreciation from PM Modi himself for the heart-warming gesture, informing him that his contribution is valuable for the cause.

While the help sent by Shashank is of great significance, the Ganga continues to struggle with pollution even as Rs 3000 crore have been spent on the project in the past two years and a total of Rs 20,000 crore were spent for the same purpose in 28 years. The reason for this is lack of awareness among people and toxic industrial waste being dumped into the river. 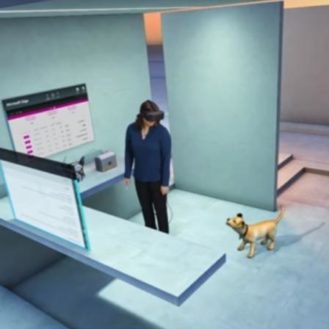