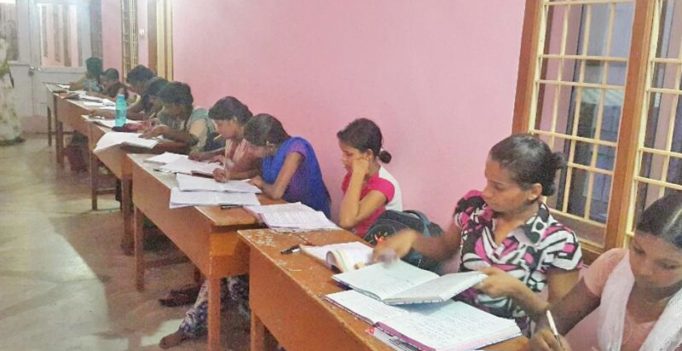 Girl students at the hostel doing their homework on Monday evening.

Chennai: Allegedly harassed by Kancheepuram district authorities for the past four days, an NGO sheltering 55 Sri Lankan Tamil students who have been admitted to private and government schools at Acharapakkam has been asked to shift girl students to a separate facility within two months.

The NGO, Bright Society, that runs the home housing the students, who are being harassed after complaints they were falsely labeled as refugees and war survivors to get admissions in government and private schools in Acharapakkam, is shattered at the “shabby treatment” meted out to them for providing quality education and hostel facilities that will put any facility run by the State government to shame.

“What is the mistake that we have committed? Is educating hapless children a crime? Though India has been receiving refugees from Sri Lanka for the past 33 years, they have not been treated as refugees. This is a home that is being run without receiving a penny from government here. Why such treatment? If these children are moved from here, they will only end up being in refugee camps that  lack basic facilities,” the organisation secretary G. Gnanadeepan said.

The 55 students, of which 21 are girls, are being provided with free education and free accommodation since June this year after the NGO moved out of its facility in Bengaluru.

“We have no problem in shutting the home. But what will happen to these children’s education?”  Gnanadeepan asked. “How can we shift the girls to a separate facility when we have no money? What is the need to shift them to a separate building or facility when girls and boys are housed in separate dormitories?” he asked.

The NGO is allegedly harassed by district administration after CWC member Zaheruddin Mohammed inspected the house on Friday and declared it “illegal” in a report submitted to district Collector. “According to rules, they don’t have proper documents to show those in the hostel are children of refugees or war survivors. Since they don’t have documents to show they are what they claim to be, I have declared the home as illegal”, Mohammed said.

However, Gnanadeepan said refugees are not given any document to prove their identity and any student should be admitted to any school with a migration certificate and a transfer certificate.

When contacted, N. Kumar, tahsildar of Gangavalli in Salem District, under whose control the camps come, said according to rules, the head of the family is given Rs 1,000 and every member Rs 750 per month. Asked about the lack of basic facilities, he said: “I am not the competent authority to answer this question. The facilities provided are according to government norms. 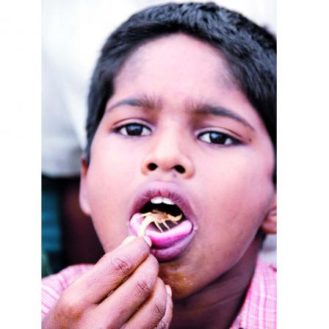