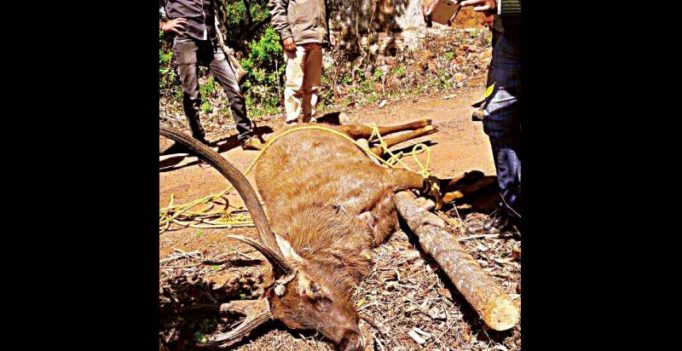 The carcass of a Sambar deer allegedly poached by Rafeeq Ahmed and his group in Bhadra Tiger Reserve in Chikkamagaluru.

Chikkamagaluru: The forest department has decided to take the help of the police to catch a realtor from Bengaluru, who was allegedly involved in hunting down two Sambar deer in the Thanigebailu area of the Bhadra Tiger Reserve on Sunday. The businessman, Rafeeq Ahmed is on the run following the arrest of 11 of his friends, who were caught with the deer carcass by forest officials. The two vehicles used in the hunt were also seized.

Forest officials are relying on the Chikkamagaluru police to further investigate the case and nab Ahmed, who was accused of poaching a Black Buck in Hiriyur , Chitradurga in 2012 too. Although a case was booked against him at the time, it was later closed. But now that he is involved in a fresh case of poaching, forest officials have decided to re-open the old case against him. It’s believed the realtor fled via the Kemmanagundi checkpost in another vehicle with a firearm used in the hunt Sunday morning while his friends were caught by forest officials.

Chikkamagaluru Superintendent of Police, K Annamalai, when contacted, said teams would be formed to nab Ahmed. Meanwhile, all those arrested for the Sambar poaching have been remanded to judicial custody. 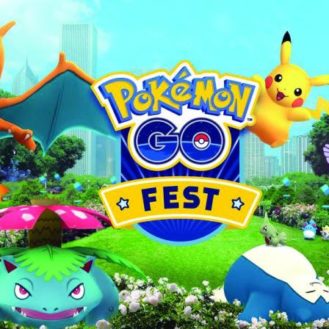 The cave near Mongolia where the bone was found contains some remains attributed to Neanderthals as well as Denisovans. (Photo: AP) Berlin: Scientists say they’ve…