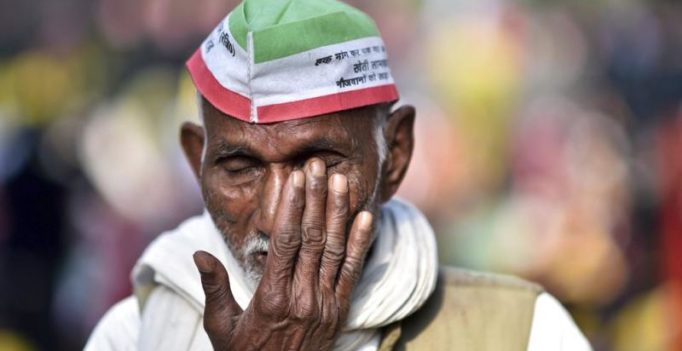 Dubbed as the largest farmers’ protest and congregation in New Delhi, around 35,000 farmers, from across the country, converged at the Parliament Street police station on November 29 after their march was stopped by the administration. (Photo: PTI)

New Delhi: Several farmers, who took part at a protest in New Delhi on Friday remorsed that their children do not want to take up farming seeing their parents plight, as protestors raised slogans to protect “farming legacy”.

Dubbed as the largest farmers’ protest and congregation in the capital, around 35,000 farmers, from across the country, converged at the Parliament Street police station on November 29 after their march was stopped by the administration.

They are in Delhi to press for their demands, including debt relief and remunerative prices for their produce.

Ramaswami Sella Perumal, a farmer from Tamil Nadu, who had undertaken a 36-hour long journey, and was wearing two skulls of his relative who had allegedly committed suicide, said he has two children, who are studying.

“They do not want to become farmers. They see what kind of difficulties we are facing. Many of our farmers have committed suicide. It is saddening that our children do not want to take up something that runs in our family,” Perumal said, as he broke into tears.

Mukut Singh, a farmer leader from Uttar Pradesh concurred with Perumal and said their children want to gain good education and a private job.

“Our children want to study well and then get a good job. Even statistics say 40 per cent of farmers have given up farming and our children obviously do not want to take it up because they see how we are fighting for our rights,” he said.

A farmer leader from Haryana, Phool Singh Sheokand, said, “Our children are ready to sit in a shop and earn Rs 5,000 but they do not want to become farmers. This sentiment is there among the children of many farmers and they cannot be blamed.”

Farmer leader BM Singh also spoke about the issue on the stage and even gave the slogan, ‘We have to bring our children into farming and ensure that the farming legacy does not die’.

The farmers, social activists and political leaders slammed the Union government alleging that it has not implemented a “single major initiative” for farmers in the past four and half years. 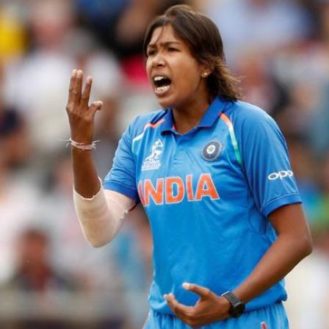