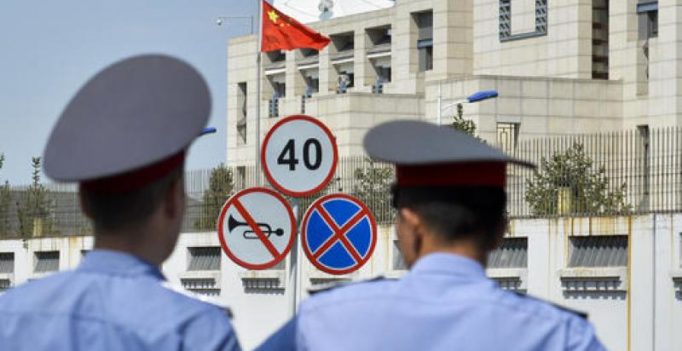 Beijing: China on Tuesday strongly condemned the suicide car bomb attack at its embassy in Kyrgyzstan, the first of its kind on a Chinese diplomatic mission, as an extreme and violent act.

The attack has sent shock waves as Beijing probed the involvement of the East Turkistan Islamic Movement (ETIM), an al-Qaeda affiliated separatist outfit, blamed for a number of violent attacks in the restive Xinjiang, home of Uyghur Muslims.

A van driven by a suicide bomber exploded after ramming through a gate at the Chinese embassy in Kyrgyzstan wounding three people and killing the suicide bomber.

The Chinese Foreign Ministry expressed shock over the attack and condemned it as an extreme and violent act. “This morning Chinese embassy was attacked by car bomb causing minor injuries to three embassy staff. We are deeply shocked by this and strongly condemn this extreme and violent act,” Chinese Foreign Ministry Spokesperson, Hua Chunying told a media briefing in Beijing.

The foreign ministry has activated emergency response mechanism and asked the Kyrgyzstan government to take all necessary measures to ensure the safety of Chinese institutions and personnel and “get to the bottom of this incident and bring those involved to justice”, Hua said.

Asked whether it was a terrorist attack, she said no organisation has claimed responsibility for this and asked the Kyrgyz government to share the information with China in a timely fashion.

Many members of ETIM, who are drawn from Uyghur Muslims in Xinjiang bordering Pakistan occupied Kashmir (PoK) and Afghanistan have joined the Islamic State (IS) to fight in Syria.

China apprehends that many of them may return to carry out attacks in Xinjiang and other parts of China. While China blamed it for terror attacks, the ETIM, a shadowy organisation has never claimed responsibility of the attacks.

It is not clear why China omitted Kyrgyzstan from the border security mechanism.

Besides this the China-Pakistan border police also launched border patrols along the PoK-Xinjiang borders.

China has close security cooperation with Kyrgyzstan which is a member of the Beijing led Shanghai Cooperation Organisation (SCO).

Besides China, Kazakhstan, Kyrgyzstan, Russia and Tajikistan are its members. 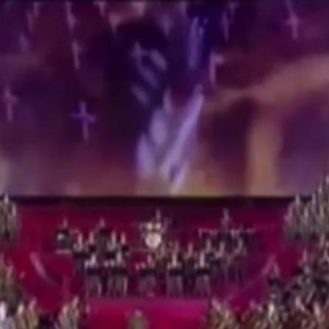