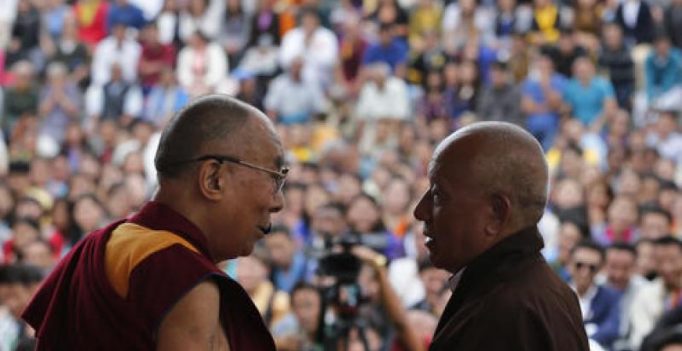 Dalai Lama, left, interacts with fellow Tibetan at an event to inaugurate the Dalai Lama Institute for Higher Education on the outskirts of Bangalore. (Photo: AP)

Mukherjee hosted the Dalai Lama and other Nobel Peace laureates at a conference on children’s rights at the presidential palace on Sunday.

Those who attended, and spoke, included Princess Charlene of Monaco and the former President of East Timor, Jose Ramos-Horta.

India had ignored China’s “strong opposition and insisted” on arranging for the Dalai Lama to share the stage with Mukherjee, and meet him, Foreign Ministry spokesman Geng Shuang told a daily news briefing in the Chinese capital.

“China is strongly dissatisfied and resolutely opposed to this,” he said, adding that the Dalai Lama used the guise of religion to engage in separatist activities and China opposed any form of official contacts with him.

China wanted India to recognise the “anti-China, separatist essence of the Dalai Lama clique and take steps to banish the negative impact of this incident” to avoid disrupting ties between the Asian giants, Geng said.

While the Dalai Lama has had private meetings with Indian leaders, Sunday’s conference was the first public event, said the political head of the Tibetan government in exile based in Dharamsala.

China regards the Dalai Lama as a separatist, though he says he merely seeks genuine autonomy for his Himalayan homeland Tibet, which Communist Chinese troops “peacefully liberated” in 1950.

The Dalai Lama fled into exile in India in 1959 after a failed uprising against Chinese rule.

China also expressed displeasure with India this month over the visit to a sensitive border region of another senior Tibetan religious figure, the Karmapa Lama, Tibetan Buddhism’s third-most-senior monk, who fled into exile in India in 2000.

India is home to a large exiled Tibetan community. 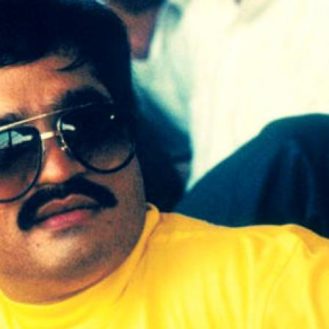