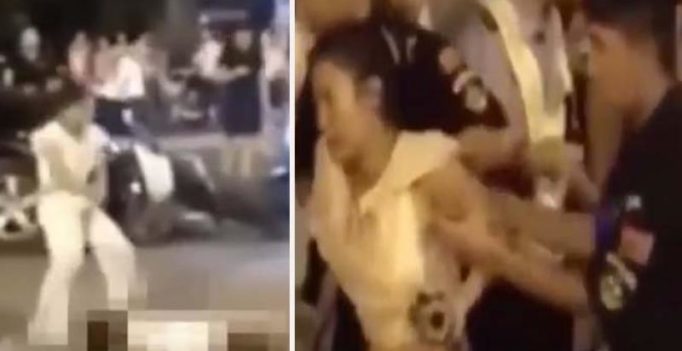 A video footage captured by a CCTV camera shows a woman driver speeding on a road in Shandong province’s Zoucheng county and running over a pedestrian. (Photo: YouTube Video Grab)

Zoucheng, Shandong: In a weird incident, a Chinese woman was arrested for allegedly running over a pedestrian and dancing over his lifeless body while stunned onlookers watched in horror.

A video footage captured by a CCTV camera shows the woman driver speeding on a road in Shandong province’s Zoucheng county and running over a pedestrian.

According to a report, the victim flew through the air and landed on the windshield of a car with force.

Even as the woman realised that she ran over someone, she did not stop and continued to drive until 200 meters, before slamming into another car.

The video footage shows a woman in white clothes getting out of the vehicle. She then twerks, dances and sings as horrified passers-by watch in horror.

Police officials arrested the woman following a complaint registered by an unidentified onlooker. 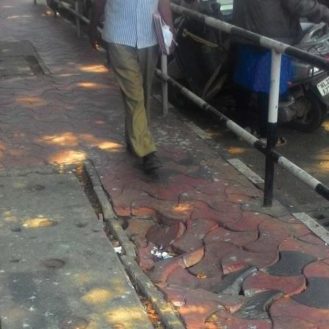