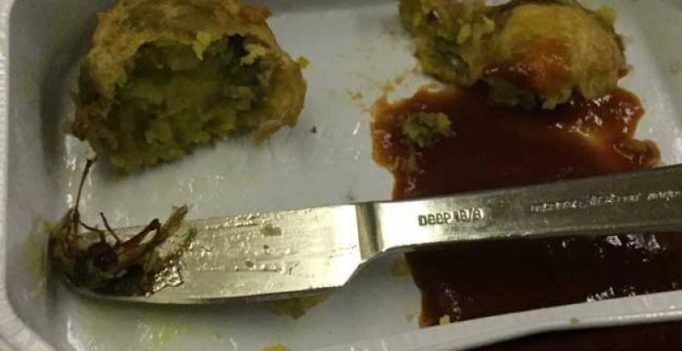 The incident happened in the Chicago-bound flight from Hyderabad via New Delhi. (Photo: Twitter)

New Delhi: A passenger traveling on an Air India flight to Chicago found a cockroach in the meal served onboard, prompting the airline to order a probe into the matter.

Taking a serious note of the incident, the carrier has also served notice to the caterer concerned.

The incident happened in the Chicago-bound flight from Hyderabad via New Delhi.

A passenger tweeted about it along with a picture of the meals having a dead cockroach, following which Air India apologised for the inconvenience.

When contacted, the airline’s senior manager for corporate communications Dhananjay Kumar said, “Air India took serious note of the incident and issued notice to the caterer concerned immediately. Further investigation is going on.”

In response, Air India tendered apologies for any inconvenience caused. “We have a zero tolerance policy in this respect. Obligatory action is taking place,” the airline said in a tweet. 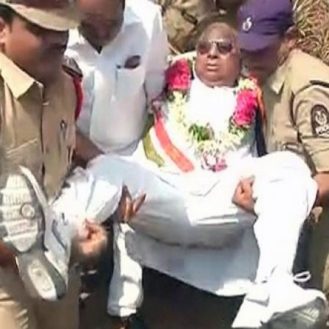