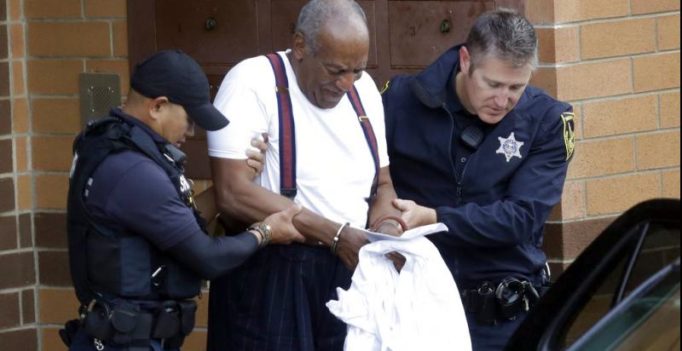 Bill Cosby is escorted out of the Montgomery County Correctional Facility. (Photo: AP)

Norristown: Disgraced television icon Bill Cosby was handcuffed and taken into custody Tuesday to begin a minimum three-year prison sentence for sexually assaulting a woman at his Philadelphia mansion 14 years ago.

The 81-year-old, once beloved by millions as “America’s Dad,” is the first celebrity convicted and sentenced for a sex crime since the fall of Harvey Weinstein ushered in the #MeToo movement and America’s reckoning with sexual harassment.

Found guilty on April 26 of drugging and molesting Andrea Constand, a former university basketball administrator, Cosby was impassive when Judge Steven O’Neill handed down the sentence in Norristown, Pennsylvania.

The judge rejected a defense request to release Cosby on bail pending an appeal. The now frail entertainer was slapped in handcuffs, and led out of court in his shirt and braces, his tie and jacket removed.

It makes him one of the famous Americans ever sent to prison in a country where fame, wealth and expensive lawyers have tended to help celebrities avoid the full arm of the law in the past.

“You were convicted of a very serious crime,” O’Neill told Cosby. “No one is above the law.”

His sentence means that Cosby can apply for parole after three years. His requests will be reviewed by a special committee and can be rejected up to a maximum sentence of 10 years behind bars.

O’Neill also branded Cosby a “sexually violent predator,” a humiliating designation that will force him to register with police for the rest of his life and to submit to mandatory counseling.

Prosecutors had demanded five to 10 years, after the three counts of aggravated indecent assault were merged into one, saving him from a theoretical maximum sentence of 30 years.

‘Victory in my heart’

The actor was filmed being put in the back of a vehicle, to be taken first to Montgomery County Correctional Facility, before the Pennsylvania Department of Corrections and then onto a state prison.

Around 60 women, many of them onetime aspiring actresses and models, have publicly branded Cosby as a calculating, serial predator who plied victims with sedatives and alcohol to bed them over four decades.

Several of his accusers held a lengthy and tearful press conference hailing his prison term and saying they were finally able to turn the page on years of horrific memories.

“Today I feel a victory in my heart and my soul,” said Sarita Butterfield, a onetime Playboy Playmate who accuses Cosby of raping her in 1978 in a house in Massachusetts where he was staying with his family

Sunni Welles, 70, said Cosby drugged and raped her twice in 1965, destroying “very much a part of my life” and paid tribute to Constand, the only one whose claims were recent enough to be prosecuted.

“If she hadn’t been able to stand in court, we wouldn’t be standing here today,” Welles said.

Defense lawyers wanted Cosby confined to house arrest, as he has been since his conviction, arguing that he is too old and too frail — the actor says he is legally blind — to endure a correctional facility.

“Finally, Bill Cosby has been unmasked and we have seen the real man as he is headed off to prison.”

But Cosby’s camp remained defiant, lashing out at the district attorney and denying that the star was given the right to a fair trial.

“These injustices must be corrected immediately,” spokesman Andrew Wyatt told reporters, hitting out against “lies.”

“We know what this country has done to black men for centuries. So Mr Cosby is doing fine. He’s holding up well.”

Once a towering figure in late 20th century American popular culture and the first black actor to grace primetime US television, Cosby was a hero for decades, particularly among African Americans.

Across the television-watching world, he was revered for his signature role, affable obstetrician and father Cliff Huxtable on “The Cosby Show,” which ran from 1984-92. Yet even after being convicted, he expressed no public remorse.

He declined to testify in court or produce any witnesses to emphasize past years of philanthropic work as mitigating circumstances in his favor. His wife, Camille, did not attend the sentencing hearing.

“Bill Cosby took my beautiful, healthy young spirit and crushed it. He robbed me of my health and vitality, my open nature and my trust in myself and others,” Constand wrote in a five-page impact statement.

“I’m a middle-aged woman who’s been stuck in a holding pattern for most of her adult life, unable to heal fully or to move forward.” 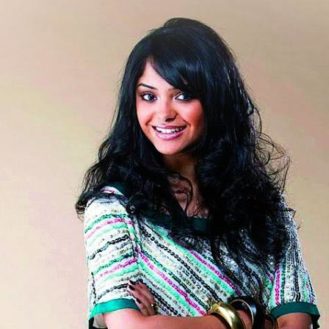