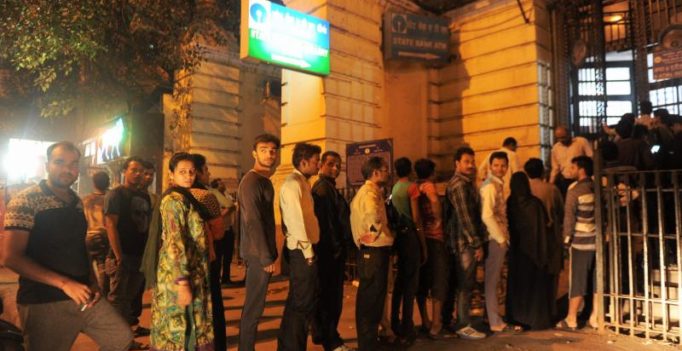 People lined up outside an ATM to withdraw 100 rupees notes in New Delhi on Tuesday after Prime Minister Narendra Modi on Tuesday announced demonetization of Rs 500 and 1000 currency notes with effect from midnight. (Photo: PTI)

New Delhi: Taking the sting out of the US presidential election results and stumping the political parties geared up for the assembly elections in Uttar Pradesh and Punjab, prime minister Narendra Modi in a disruptive move took a giant step towards curbing black money by demonetising Rs 500 and Rs 1,000 bank notes.

Modi himself explained the procedure of withdrawal of high denomination currency notes from midnight in a surprise address to the nation where he elaborated how black money was being used to kill economy and fund terrorism through counterfeit notes.

The historic move will hit the hoarders of black money hard and will put political parties in the dock ahead of the crucial elections in Uttar Pradesh and Punjab as slush funds fuel campaigns.

Reserve Bank governor Urijit Patel said the transition towards the new monetary regime would be made as smooth as possible as the prime minister announced a 50-day demonetising road map under which the citizens will have to return their high currency notes to banks by December 31.

There are several exemptions and riders but the PM announced that Rs 500 and Rs 1,000 notes will be reduced to just “worthless piece of paper”.

Backing the move, BJP president Amit Shah described the decision as fulfilment of promise against black money while the opposition dumped it as a hasty and ill-timed order coming in the season of harvest and marriages. Among the waivers, hospitals, petrol stations, notified milk vends and air and rail ticket counters will continue to accept Rs 500 and Rs 1,000 notes till November 11 midnight.

“To minimise the difficulties of citizens in the coming days, several steps are being taken,” announced the prime minister.

“Persons holding old notes of five hundred or one thousand rupees can deposit these notes in their bank or post office accounts from November 10 till close of banking hours on December 30 2016 without any limit,” he said assuring that people need not worry about their money.

“After depositing your money in your account, you can draw it when you need it,” he said.

Keeping in mind the supply of new notes, in the first few days, there will be a limit of Rs 10,000 per day and Rs 20,000 per week. This limit will be increased in the coming days, he said.

The government will give another chance to return money after December 31. People can go to specified offices of the Reserve Bank of India up to March 31 2017 and deposit the notes after submitting a declaration form.

Patel that the move will have no impact on liquidity in the wholesale markets and adequate measures have been taken to deal with the view.

Department of economic affairs secretary Shaktikanta Das said that the government will review the situation after November 24.

He said that it was a necessary for the economy. The notes with new features will be released from November 10 onwards. The new Rs 500 and Rs 2,000 notes will be known as Mahatma Gandhi new series of bank notes. 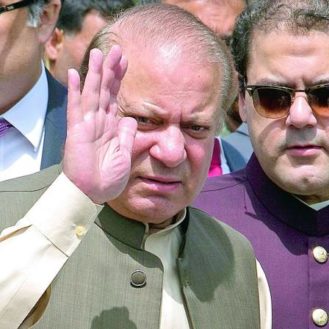 Nawaz Sharif Pakistan Prime Minister Nawaz Sharif was on Friday sent packing by the Supreme Court in the Panama leaks scandal, saying he was “not…