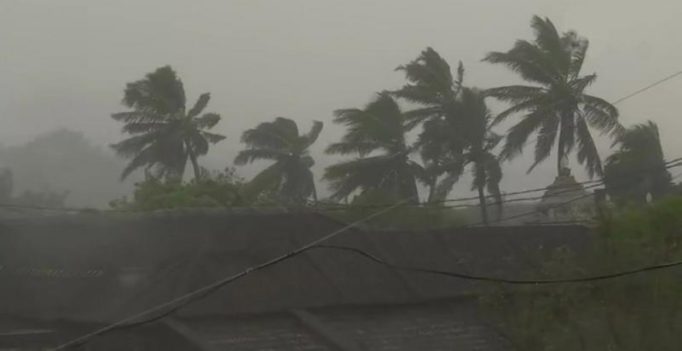 According to a report, officials said there were reports of trees, electric poles getting uprooted and damages to ‘kuchha’ houses. (Photo: ANI | Twitter)

New Delhi: Cyclone Titli has made landfall in Odisha near Gopalpur, the weather department said today, bringing with it heavy rain and winds gusting at 140-150 km/hour.

According to the India Meteorological Department (IMD), the very severe cyclone landfall process started on Thursday morning with surface winds reaching speeds of 126 km/hr at Gopalpur in Odisha’s Ganjam district.

According to IMD, Cyclone Titli is the strongest cyclone to have formed over the Bay of Bengal this year, is expected to cross the Odisha coast over the next two hours.

According to a report, officials said there were reports of trees, electric poles getting uprooted and damages to ‘kuchha’ houses. Road communication in some places including Gopalpur and Berhampur was also snapped.

“Titli”, in Hindi means butterfly and has been categorised as a “very severe cyclonic storm”.

All schools, colleges and anganwadi centres in various districts of Odisha are closed today.

Chief Minister Naveen Patnaik, who took stock of the situation, asked the collectors of Ganjam, Puri, Khurda, Jagtsinghpur and Kendrapara districts to start the evacuation process of the people in low-lying areas immediately in the coastal belt.

The Odisha government said that it is prepared to face the possible floods due to heavy rain.

The National Disaster Response Force (NDRF) and Orissa Disaster Rapid Action Force have already been deployed in the vulnerable areas.

The latest observations indicate that ‘Titli’, over west-central Bay of Bengal moved north-northwestwards with a speed of about 19 km/hour during the past six hours.

After the landfall, the system is very likely to re-curve gradually northeastwards, move towards Gangetic West Bengal across Odisha and weaken gradually.​ 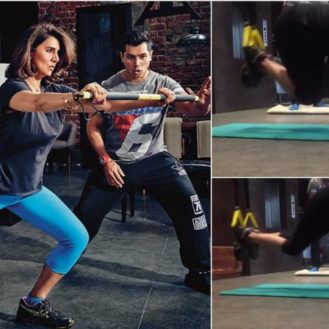