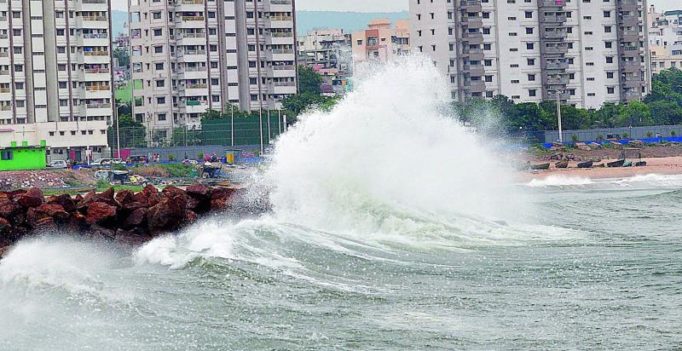 Massive waves are seen during a high tide caused by the approaching cyclone Titli, in Visakhapatnam on Wednesday. Image: P Narasimha Murthy

Visakhapatnam/Bhubaneswar: Cyclone Titli intensified into a severe cyclonic storm and is moving towards the south Odisha- north Andhra Pradesh coast. People in north Andhra may recollect the horrifying experience of cyclone Hudhud that hit Vizag city exactly four years ago on October 12, 2014, as cyclone Titli is also heading towards north Andhra bringing in heavy to very heavy rainfall accompanied by wind speed gusting up to 165 kmph.

An IMD bulletin said that cyclone Titli could cross between Kalingapatnam (Srikakulam) and Gopalpur (Odisha) on Thursday morning, although the Odisha coast is very likely to bear the wrath of the cyclone more than the north Andhra coast, given the moving direction of the cyclonic system.

Wind speed could increase to 140-150 kmph with gusting to 165 kmph from Wednesday midnight night onwards along and off south Odisha and adjoining districts of the north Andhra Pradesh coast. As per the speed and direction of the cyclone for the past day, cyclone Titli will hit the Andhra-Odisha coast in the early hours on Thursday (October 11). The sea condition is favourable to help the tropical cyclone gain strength. After landfall, it may recurve and move towards West Bengal and northeast states.

District Collector of Vizag Pravin Kumar said Vizag may receive around 5 cms rainfall on Thursday but the cause of worry is the high-speed wind associated with the system. Thus could uproot trees and poles in some parts of the coastal region. We have alerted all revenue divisions and have already established the command control centre to monitor and mitigate things,” he said. 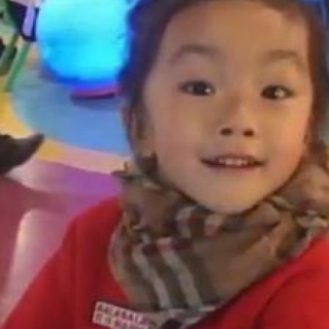