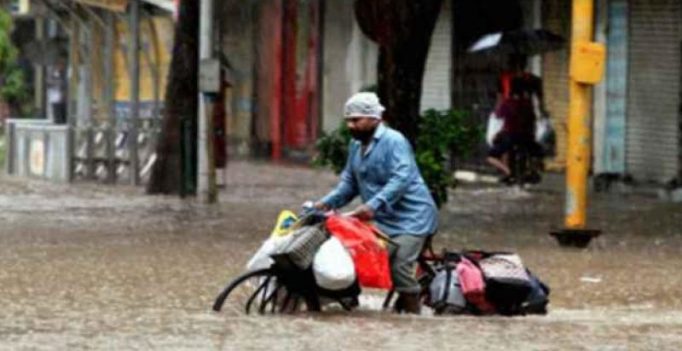 Due to water-logging, around 300 people were stuck in their homes in Vasai town of the adjoining Palghar district. (Photo: File | PTI)

Mumbai: After receiving five times the average rainfall on Monday, the weather department has sounded a red alert in Mumbai and adjoining areas for today as well. As a result, Mumbai ‘Dabbawalas’ or lunch box carriers have cancelled their services for today.

Western Railways confirmed that the local trains in many parts of the city are running late by 10 to 15 minutes due to heavy rains and waterlogging.

Here are the Live updates on Mumbai rain:

10:05 am: High tide in Mumbai as heavy rain lashes the city.

09:16 am: “We did not collect the tiffins today, because of the water-logging across the city. Our people find hard to wade through their cycle in knee deep water,” news agency PTI quoted Mumbai Dabbawalas Association’s spokesperson Subhash Talekar saying.

09:14 am: Services of AC local have been suspended today ie 10.07.2018 in view of very heavy rains and water-logging at/around Nallasopara, till further information. Inconvenience is deeply regretted please : Western Railways.

08:40 am: Incessant rain leads to water water-logging in parts of Mumbai. People wade through knee deep water in Mumbai’s Byculla. 08:15 am: ‘Dabbawalas’ in Mumbai have cancelled services for today due to incessant rainfall.

08:10 am: Tracks at Nallasopara station have submerged in water resulting in disruption of train services. 07:47 am: Heavy to very heavy rainfall is very likely at few places with extremely heavy rainfall at isolated places in the districts of Greater Mumbai, Thane, Raigad and Palghar between July 10 to July 13: Met Office.

07:30 am: Train services between Vasai and Virar to remain suspended until further information, reports ANI.

06:25 am: Divisional Railway Manager, Western Railways said, “Due to heavy rains, Up and Down through line at Nalasopara is halted. However, local trains on Western Suburbs are running late by 10 to 15 minutes between Virar to Churchgate.”

Monday’s downpour brought the financial capital virtually to a standstill as the streets were flooded and the normal life was thrown out of gear. Heavy rain for the third consecutive day affected the city’s lifelines – the train services – and road traffic. Schools and colleges in Mumbai were closed on Monday as a precautionary measure.

Due to water-logging, around 300 people were stuck in their homes in Vasai town of the adjoining Palghar district.

The city received 54 per cent of its average monsoon season rainfall just in the last 20 day, the city’s civic body noted. 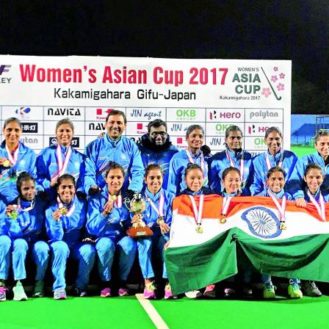