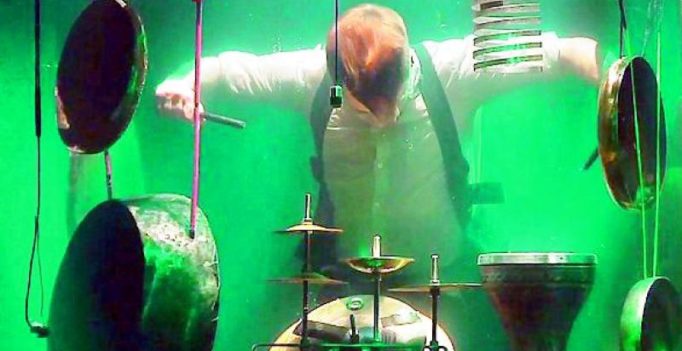 A member of the Danish band Between Music performs underwater (Photo: via web)

Talk about fluid tunes: A group of innovative Danish musicians submerged like fish in an aquarium have created an underwater concerto with instruments specially adapted to resonate in a silent world.

In the central Danish town of Aarhus, a Godsbanen centre concert hall looks more like a fish farm than a music set, with its jumble of water tanks, canisters, tubes, pipes and retrofuturistic objects.

One after the other, the five members of the Between Music band — Laila, Robert, Morten, Dea Maria and Nanna — descend into their own individual glass-paned water tanks for their latest project AquaSonic, where they play the violin, cymbals, bells, a crystallophone with a pedal, and a kind of hurdy gurdy with a long neck. Hydrophones, or special microphones that pick up the sound of the music in the water, amplify the soundwaves, producing music that resembles the sounds whales make. A pioneer in the field of aquatic music, Laila Skovmand wears several hats with the ensemble: she is artistic director, music and lyrics writer, and vocalist. She sings both underwater and at the water’s surface.

Like a siren, her lips at water level, Skovmand releases a captivating ch-ant. “I’m an educated sin-ger and I wanted to explore new songs. I got the idea that if I sang into the surface of the water I might get some other timbre, some delays, so I tried that,” she explains.

The group collaborates with engineers and makers of musical instruments to develop water-resistant instruments whose sounds respect the harmonies composed by Skovmand. “There are a lot of musical limitations. There are so many things we can’t play because of the struggle with water, the struggle with sound, but I think that what the water gives is that special kind of timbre that you can’t get in air,” she says. 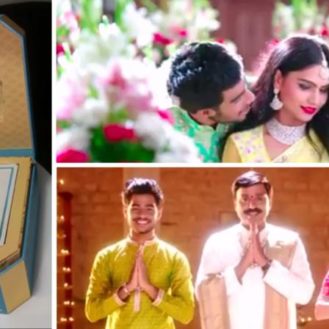