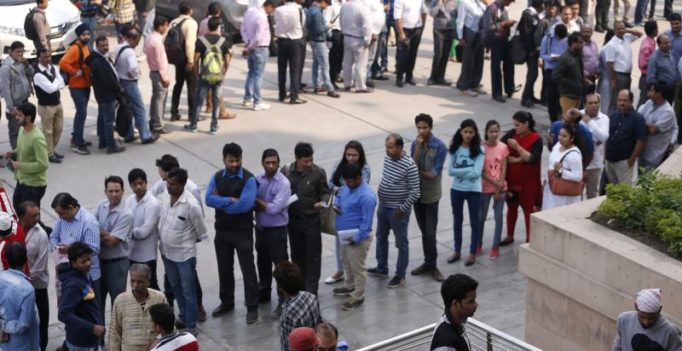 Mumbai: The brunt of demonetisation was felt sharply on Wednesday again as customers stood in long lines outside ATMs and banks across the country to withdraw cash after November salaries were credited to their accounts.

According to a report, supplies to cash dispensers were down to a fifth of required levels, leading to both ATMs and banks running out of cash. The report added that one of the major reasons for the cash crunch was the lack of adequate Rs 500 notes.

Banks ran out of cash within hours of opening as multiple reports suggested the government was trying to increase the supply of Rs 500 notes. The Reserve Bank of India has been striving to meet increased demand over the last few days.

While many branches are yet to get the new Rs 500 notes, notes of Rs 100 are in short supply and people are reluctant to accept Rs 2,000 notes, bankers said.

“In normal times, during the salary season we used to get around Rs 8,000 to Rs 10,000 crore from the banks to be distributed across ATMs in the country on a daily basis. Now we are getting around Rs 2,000 crore which is awfully inadequate,” another banker was quoted as saying.

Private sector banks, who’ve had to impose their own withdrawal limits on top of those set by the government, said they were worse off than state-owned counterparts. Southern India was also feeling the pinch. “We received Rs 40 crore yesterday and Rs 20 crore today,” the CEO of a small private sector bank based in the south was quoted as saying.

However, a former RBI official countered that the central bank was stepping up printing of currency and said that payday worries were overdone. He also claimed that money would not adequately flow into the banking system until people stopped hoarding cash at home.

Bank unions have warned that the next one week to ten days are going to be “much more tense because a huge number of employees, workers and pensioners would throng bank branches to draw from their salary credit and non-availability of enough cash may lead to serious issues of law and order”, said an Indian Express report.

The Reserve Bank of India (RBI) on Tuesday restricted withdrawal from Jan Dhan accounts to Rs 10,000 per month to check misuse and withdrawal of cash from such accounts. 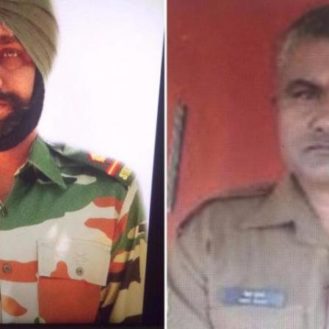 Naib Subedar Paramjeet Singh of 22 Sikh Infantry and Head Constable Prem Sagar of 200th Battalion of BSF, who were killed and mutilated by Pakistan…

A heater placed in front of the enclosure of a tiger. (Photo: DC) Hyderabad: Nehru Zoological Park is gearing up for winter by making seasonal adjustments…