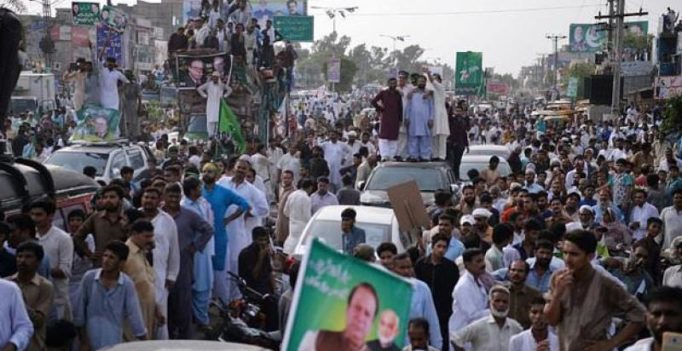 Sharif has been rallying crowds since Wednesday as he makes his way down the major road from capital Islamabad to his party’s stronghold in the eastern city of Lahore, weeks after he was deposed by the supreme court. (Photo: AFP)

Gujranwala (Pakistan): The motorcade of Pakistan’s former prime minister hit and killed a 13-year-old boy who had come to a rally Friday at which Nawaz Sharif was protesting his recent ouster, officials said.

The ex-leader has been rallying crowds since Wednesday as he makes his way down the major road from capital Islamabad to his party’s stronghold in the eastern city of Lahore, weeks after he was deposed by the Supreme Court.

“A 13-year-old boy who had came to see the rally was hit by a car in the convoy,” Sajid Ali, head of the local Lalamusa police station, told AFP. An investigation had been launched, he said.

Railways minister Khawaja Saad Rafique called the teenager “the first martyr of this movement for democracy” in an address to the thousands-strong crowd in nearby Gujrat. One of the vehicles in the motorcade hit and killed the boy as he crossed a divider on the road, the minister said.

Sharif said in his Gujrat speech he would personally visit the boy’s home “and try to help his family for life”.  As at previous stops along the route, Sharif railed against the court’s decision, insisting his conscience was “clean” against allegations of corruption.

Supporters chanted “prime minister Nawaz Sharif” and danced to songs praising his party as the former leader addressed the crowd from a makeshift stage behind bulletproof glass.

Thousands had turned out to catch a glimpse of Sharif as his convoy rolled down the Grand Trunk Road, a more than 2,000-year-old trade route which leads from Chittagong in Bangladesh across India and Pakistan to the Afghan capital Kabul.

Truck bomb explosion: Sharif hopes to bring tens of thousands more on to the streets in Lahore but it is not yet known when he will arrive in the Punjabi capital.

He is travelling in a bomb-proof vehicle especially designed for the journey. The convoy is surrounded by heavy security, with fears lingering after a truck bomb exploded in Lahore on Monday, killing one person and injuring dozens. Supporters gathered in Gujrat voiced frustration over the ex-prime minister’s ouster.

Umair Mazhar, 26, insisted no allegations of corruption had been proven against the former leader. “The Supreme Court should do justice to Sharif and restore him,” he told AFP.

Sharif was the 15th prime minister in Pakistan’s 70-year history roughly half of which has been spent under military rule to be ousted before completing a full term.

The top court sacked him last month after an investigation into corruption allegations against him and his family, briefly plunging the nuclear-armed nation into political uncertainty.

But fresh questions have arisen over the PML-N’s original plan to eventually replace Abbasi with Sharif’s younger brother, Shahbaz.

Media reports this week said the party appeared to backtrack on the plans announced by Sharif, saying the PML-N would likely keep Abbasi in place until next year’s general elections. 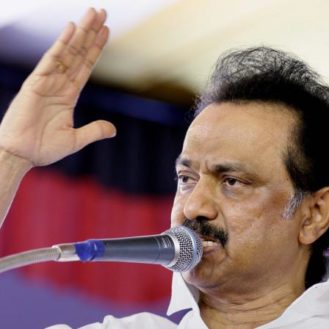