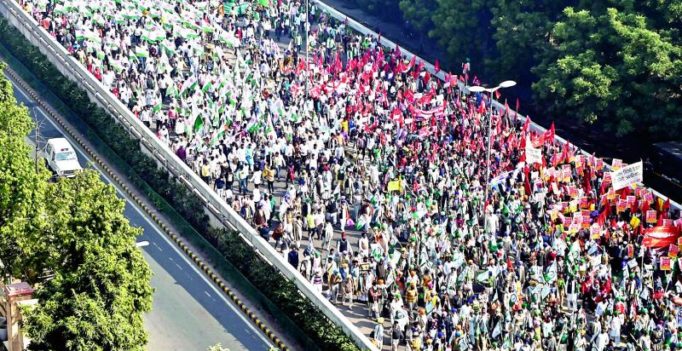 A bird’s-eye view of the Kisan Mukti March, in New Delhi, Friday. Farmers from 24 states have joined the protest to press for their demands, including debt relief and remunerative prices for their produce. —PTI

New Delhi: Thousands of farmers marched through the streets of the capital, chanting slogans, flashing flags and some carrying skulls of loved ones who committed suicide, to demand loan waiver and remunerative prices for their produce and were joined by social activists and leaders of non-BJP parties in a show of strength near Parliament.

The march, which caused snarls in Central Delhi, brought together Opposition parties of all hues showcasing how agrarian distress and farm loan waiver would be a major poll plank in the 2019 general elections.

The tone for a united Opposition over farmers’ issues was set by Congress president Rahul Gandhi by showing solidarity with the protesters and saying, “Farmers are not seeking free gifts but only their rights,”

Mr Yechury called the Prime Minister Narendra Modi a “pocketmaar” (pick-pocket) to rhyme with the latter’s self-proclaimed status of public’s “chowkidar” (watchman). He said that Mr Modi is a “pocketmaar who takes all your money and gives back a little as a sop”.

The Opposition show of strength over farmers’ issue saw a quick reaction from the government with agriculture minister Radha Mohan Singh sending out a series of 22 tweets explaining his government’s stance. Mr Singh asked whether the Congress has woken up to farmers’ issues “today”.

The agitating farmers are demanding passage of two private members’ bills — The Farmers’ Freedom from Indebtedness Bill, 2018, and The Farmers’ Right to Guaranteed Remunerative Minimum Support Prices For Agricultural Commodities Bill in the coming session of Parliament and implementation of the Swaminathan Committee report among other things to address agrarian distress.

Addressing farmers at Jantar Mantar where they had assembled after they were stopped on their march to Parliament, almost all leaders, including Mr Gandhi, Mr Kejriwal and Mr Pawar, called for a complete waiver of farm loans, failing which the people would remove the BJP government in the next elections.

The Congress president hit out at the Prime Minister for favouring 15 of his favourite industrialists by waiving their loans worth Rs 3.5 lakh crore while not doing the same for farmers. 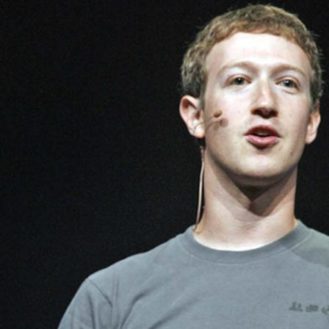