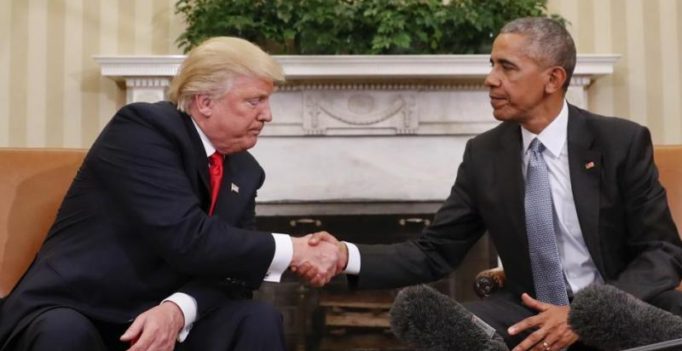 President Barack Obama and President-elect Donald Trump shake hands following their meeting in the Oval Office of the White House in Washington.(Photo: AP)

The officials include the highest-ranking career officials at key national security agencies like the Pentagon and state department.

Deputy defence secretary Robert Work and America’s third-ranking diplomat, Under secretary of state for political affairs Thomas Shannon, will serve as acting chiefs of their agencies until successors for the top jobs are confirmed by the senate, Trump’s spokesperson Sean Spicer said.

Thursday’s announcement comes after weeks of questions about how Trump’s team is managing the presidential transition, although it may not address broader concerns about what officials at many federal agencies have said is a lack of communication with the incoming team.

Such concerns are natural in presidential transitions. But the confusion among officials at national security agencies could have consequences, given their international engagements. The rest of the world doesn’t pause while Washington determines its chains of command.

Work will likely helm the defence department for only a matter of hours. Trump’s selection for the Pentagon, retired Gen. James Mattis, is expected to be confirmed on Friday shortly after the inauguration ceremony, along with retired Gen. John Kelly for secretary of homeland security.

Senate debate on Trump’s choice for CIA boss, former Rep. Mike Pompeo, is expected to start Friday. It is unclear if Pompeo will receive an immediate confirmation vote.

At the state department, Shannon will be in charge until at least until next week as a Senate vote on Trump’s choice for secretary of state, former Exxon Mobil CEO Rex Tillerson, isn’t expected until Monday or Tuesday.

Spicer said Chuck Rosenberg, the drug enforcement agency administrator, and Susan Coppedge, the state department’s ambassador-at-large to combat human trafficking, would be left in place for the transition.

A full list of Obama appointees asked to remain was not immediately available.

It also wasn’t clear if the Trump administration would accept an invitation to attend Russian-supported Syria peace talks in Astana, Kazakhstan, on Monday.

Trump has made a great point about seeking closer cooperation with Moscow on counterterrorism and security matters. Obama’s special envoy for Syria, Michael Ratney, has indicated he is willing to attend, but the transition team hadn’t instructed him to make the trip. Spicer said an announcement was expected soon.

As in previous transitions, U.S. embassies and consulates abroad headed by noncareer, presidential appointee ambassadors will transfer to the most senior career diplomat present until the new administration fills the top posts.

The transition team has largely yielded on matters of national security to retired Gen. Michael Flynn, Trump’s national security adviser, and Jared Kushner, the president-elect’s son-in-law. But the circle will have to be expanded once the new administration assumes the full responsibility of government.

When President Barack Obama took office in 2009, the Senate confirmed seven Cabinet members on Inauguration Day. Republicans and Democrats are still negotiating over Trump’s picks, and Mattis and Kelly may be the only ones to make it through Friday. 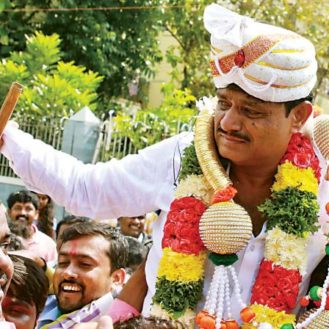