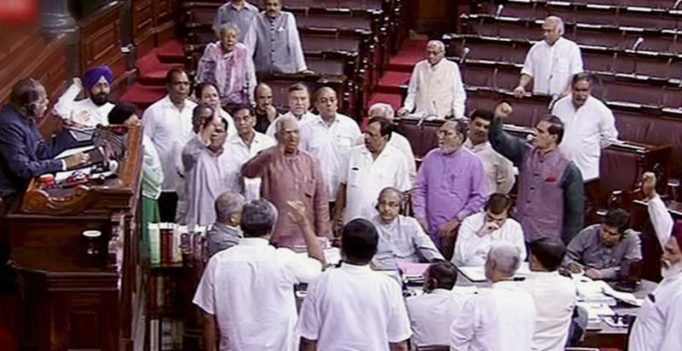 Opposition members protesting in the Well of Rajya Sabha in the Parliament, New Delhi on Monday. (Photo: PTI)

New Delhi: Charges and counter charges flew in the Lok Sabha on Sunday over the issue of lynchings, with the Congress saying ‘Hindustan’ should not be allowed to become “lynchistan” and the government accusing the Opposition of enacting a “drama” in the name of secularism to defame Prime Minister Narendra Modi.

The government asserted that mob-lynching or anything related to it was “unacceptable” and noted that the Prime Minister has himself condemned this several times while terming the acts as the “worst form of crime”.

During the discussion on “incidents of atrocities and mob-lynching” in the country, members of all parties condemned the killings in the name of cow. However, Opposition parties like the Congress, Trinamul, Left and AIMIM accused the BJP-led government of encouraging groups behind the violence by cow vigilantes.

Initiating the debate, Leader of the Congress Mallikarjun Kharge said ‘Hindustan’ should not be allowed to become “lynchistan”.

He alleged that this government was against minorities, Dalits and women, claiming that these sections had borne the maximum brunt of mob violence. 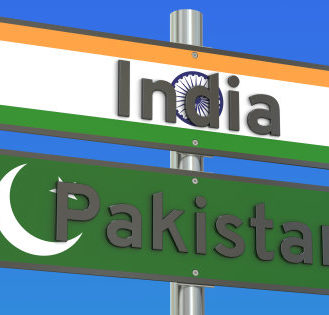