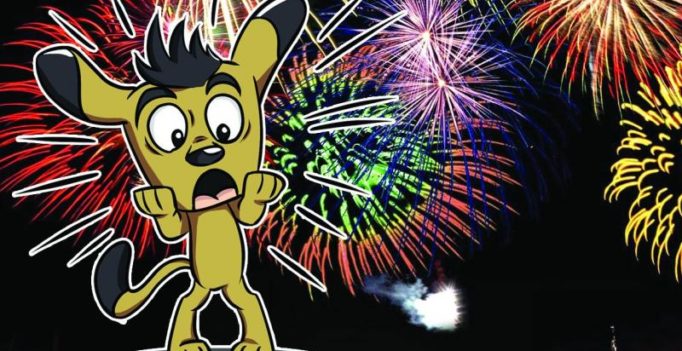 Diwali is one of those times when animals — both pets and strays — become highly agitated and panicky because of their inability to bear high-decibel sounds. In fact, it is during this festival of lights that several cases of missing pets, injured animals and dead birds are reported.

“The sensitivity of animals to the sound and smell produced by fireworks is extremely high. The sound we humans hear, is highly amplified for them and that’s why they are impacted a great deal,” explains Dr Praveen Kumar of Canfel Pet Clinic in Banjara Hills.

While pets have their human friends to look after them, strays face a tough time. Mahesh Agarwal of the city-based Bharatiya Prani Mitra Sangh and member of the state’s Wildlife Crime Control Bureau, and Shruti Darak, animal activist share stories of cruelty towards animals often seen during Diwali. Both of them reveal how the need for fun brings out the brutish side in people. Shruti says, “The kind of injuries reported during Diwali are pretty horrific. Animals undergo a psychological disturbance.”

Dr Praveen points out one common case that he comes across during the festival. “There are certain breeds of cats and dogs that find fireworks very exciting to watch, and try to approach and play with crackers that are lit. It’s absolutely important to keep them away from that.”

Meanwhile, the plight of pigeons is another heart-breaking scenario. Mahesh, who has actively been observing and protecting pigeons from these festival-time injuries, shares, “Two things happen. One, the birds tend to panic because of the proximity to the sound and two, fireworks like rockets hurt them, leaving them injured. The mental trauma causes quicker deaths in birds. They fall from their platform and often you see dogs and cats waiting to catch hold of them. In the last seven years, with awareness and certain precautions, we have seen a reduction in the number of pigeons getting hurt.” In fact, he reveals that the scenario at the Kabootar Khana in Sultan Bazaar has drastically improved in the last few years.

While the list of problems animals face comes across as endless, all these animal-loving activists and experts have a common piece of advice to offer: “Prevention is better than cure.”

Says Shruti, “While I’d like to ask people to have an eco-friendly Diwali; since fireworks are something people cannot let go of, I’d suggest small precautions. For instance cleaning up after bursting crackers because animals tend to chew on the stuff, and it’s possible that they take in harmful chemicals. Also, stepping on sharp objects could hurt their paws.” She adds, “It’s one of those times when strays find it difficult to find food and a place to stay too. If people could temporarily give them shelter and food, nothing could be more beneficial.”

While Dr Praveen suggests preparing pets for the day. “It would be ideal to keep them in an enclosed room stocked with their favourite goodies. Also, turning up the volume of the TV or radio could help nullify outside sounds. But instead of pushing them into such an enclosure all of a sudden, it would be good to prepare them in advance. I suggest giving them early meals on these days,” he shares, adding that anxiety medication prescribed by a vet could also help pacify the animals. 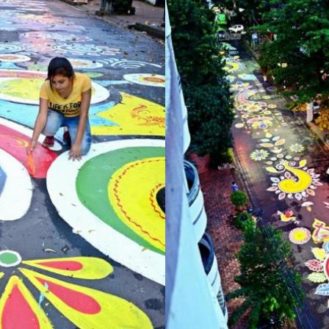