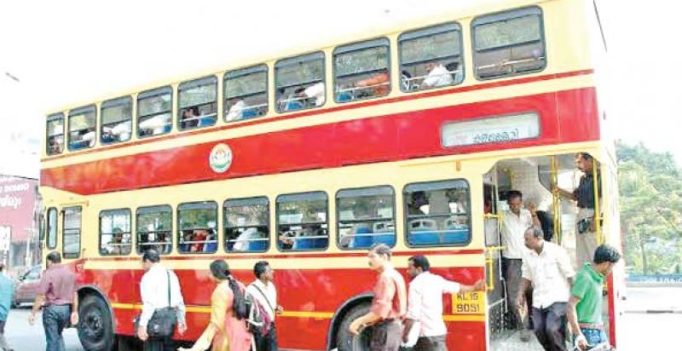 The double-decker bus, introduced on the Angamaly-Thoppumpaddy route in 2011, is one of the prestige services of the Angamaly depot.

Kochi: The unique ‘double-decker’ buses being operated by the KSRTC have been gaining in popularity, especially among joy riders and tourists.

Out of the three ‘double-decker’ buses, a 15-year-old bus is used for conducting ‘Heritage city tour’ in Thiruvananthapuram while another is deployed for passenger services there. The third one, now enjoying good passenger patronage, is being operated on the Angamaly-Vytilla-Thoppumpaddy route in Ernakulam.

With the commuter patronage increasing, the authorities planned to extend the service to destinations like Chalakkudy but had to drop the idea after encountering multiple issues during the trial run.

“We did a trial run on the Angamaly-Chalakudy section for a week. However, the height was an issue at spots like Chalakkudy underpass. This resulted in traffic congestion. Also, collection on the route was very low,” said Mr K.M. Jaleel, district transport officer.

The double-decker bus, introduced on the Angamaly-Thoppumpaddy route in 2011, is one of the prestige services of the Angamaly depot.

“The average daily collection has now gone up to Rs 15, 000. Over 1,000 passengers, mostly joy-riders and tourists, travel in the bus daily,” the officer said.

The ticket rate for travel in the 77-seat bus is the same as that of ordinary services. 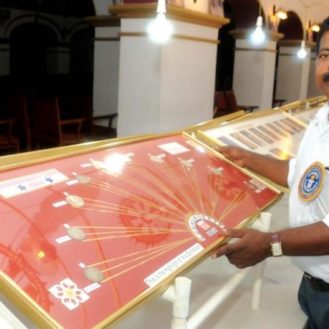