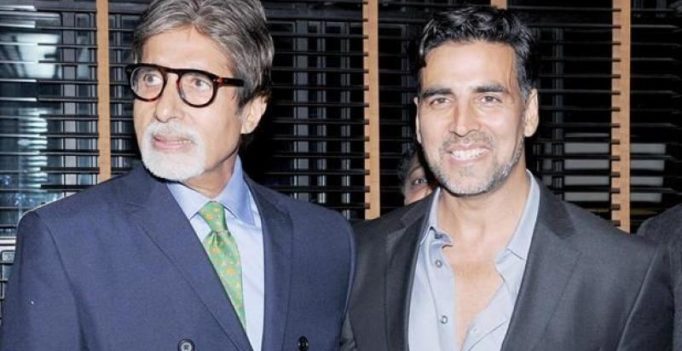 While Big B is always seen praising his daughter, Shweta Nanda, the superstar didn’t have anything to say about the eight-year-old Kashmiri girl’s rape case, that stirred the entire nation

Actors like Akshay Kumar and Amitabh Bachchan love to voice their opinions regarding social issues. But they only seem to do so when it suits them, and not when there’s something negative to say about the BJP Government. In light of their silence at recent events, their double standards stand exposed.

The hike in fuel prices is a burning issue that has affected all sections of society. When price hikes were effected by the UPA regime, such celebrities were quick to criticise the government, which is what makes their current silence even more conspicuous.

In 2012, Akshay Kumar tweeted, “Guys, I think it’s time to clean up your bicycles and hit the road! As per sources, expecting another petrol price hike.” He recently deleted that tweet after members of the Twitterverse called him out on his double standard.

Veteran actor Amitabh Bachchan, one of the most-followed people on the internet, is no different. The brand ambassador of the Beti Bachao, Beti Padao campaign has not said anything about the brutal rapes of young women that were recently exposed. His comments of concern and care for women all seem to be part of an agenda for self-promotion. A few years ago, he tweeted an open letter addressed to his granddaughters. Though it was much-appreciated and shared at the time, it turned out to be nothing more than a publicity gimmick for his film Pink. More recently, he tweeted a picture of him and his daughter Shweta Bachchan Nanda, captioned “Daughters be the best”. Not soon after it emerged that it was part of a brand promotion campaign that the two were doing together. Meanwhile, Anupam Kher is very clear he’s a BJP bhakt. He will only lash out when it suits the BJP.

Aamir Khan tried once to be critical of the BJP agenda and then quietly backed off after the wave of criticism  he and wife Kiran Rao faced.

So, don’t take Bollywood superstars at face value. And definitely don’t expect them to fight for the common man.

Shaina N.C., the BJP spokesperson in Mumbai defends the filmstars. She says, “Their (actors) reach and visibility is huge, that’s why a lot of people respond to them. We as a society need to realize that we can’t be glamour struck because politics is a very serious space. So, we should not generalise that every comment made by a politician-filmstar is sensible or vice-versa. Yes, I do think that sometimes, they speak up only when the issue concerns their fraternity. But they can make a statement. After all, they are citizens like you and me.”

Don’t be neutral
Mohan Raman, stage and TV actor in Tamil Nadu, says, “I think it is absolutely alright for actors to take sides or keep mum as individuals. Like everybody else, they too are citizens of India and are allowed to have different political colours. It’s okay for a film star to express his or her own personal view. As long as they don’t say that they have a neutral stand, I feel that it’s fine to support who they want.”

silent when my side is wrong
I think most people are more ‘party’ inclined than being inclined towards values. You get something for standing for other people.  Akshay Kumar deleting his tweet is not mere hypocrisy, it is reduction of all politics to people terms; and a conclusion that let me speak when it suits my party, and silent when it does not; usually when my side is wrong. Those is power too have reduced others choices with the dictum if you are not with us, you are against us.”

On Amitabh Bachchan
There is a saying about people like Amitabh Bachchan, ‘Too fat to run and too cowardly to fight’ which means a man wouldn’t stand and fight, but he is too fat to run away also. Amitabh Bachchan has been the brand ambassador of such convinience for decades. He likes to say in his beautiful voice what someone else has written for him. He conveniently keeps quiet when situation doesn’t suit his politics. But the politics of silence is very dangerous. These people are behaving like those legends in Mahabharata, who chose to keep mum while Duryodhana dishonoured Draupadi their silence while condoning evil was their worst sin. It is very sad that the most beautiful voice of India has nothing to say.” 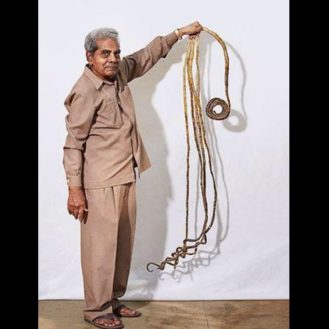 The film will most likely go on floors in July this year. Mumbai: This year is proving to be a busy one for Tiger Shroff…