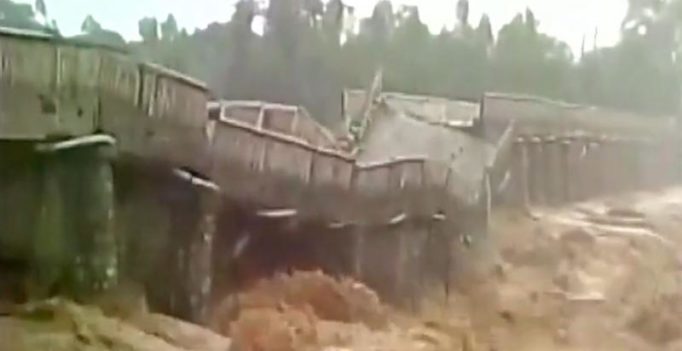 The bridge is Kangra district of Himachal Pradesh was 40 years old and connected Nurpur Tehsil with Punjab. (Photo: ANI/Screengrab)

Shimla: A bridge that was at-least 40-year-old, collapsed in Kangra district of Himachal Pradesh on Thursday due to flood in the river, caused by heavy rainfall in the region.

The bridge, connecting Nurpur Tehsil in Himachal with Punjab, crumbled like a pack of cards and the dramatic visuals were captured on a mobile camera by an eye-witness.

According to reports, the bridge was 160-metre long. The flooding washed away about 76 metres of the bridge on 10 pillars.

However, no one was injured in the incident as the movement on the bridge was halted by the authorities on Wednesday. 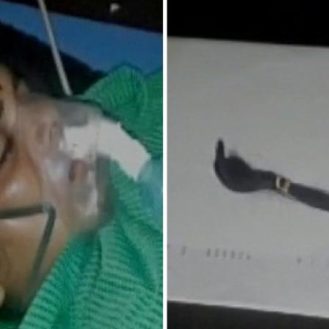