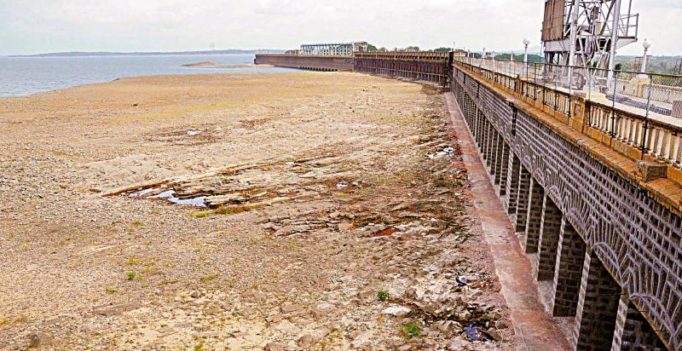 The water level in the mighty KRS dam in Mandya stood at 96.31 feet as against 107.07 feet last year indicating the severity of the water crisis. The maximum height of the dam is 124 feet

Mysuru: With the monsoon failing in some parts of the state, over 70 taluks in these areas,  including five  in Mysuru district, the hometown of Chief Minister Siddaramaiah, are likely to be declared drought- hit, according to Revenue Minister, Kagodu Thimmappa.

Speaking to reporters after a district level review meeting of revenue officials on Tuesday, the minister said the Malnad  had received 30 per cent less rain than usual and Mysuru region, 25 per cent deficit rainfall.

As a result there had been only 69 per cent sowing in some areas and in Mysuru district sowing was 80 per cent. “ If the rain fails even in September, we will do a survey and declare the drought- hit areas. We have asked officers to hold meetings with farmers in the gram panchayats and encourage them to grow alternative crops,” he said.

Moving on to the issue of regularising houses built on government land, he estimated there could be over 10 lakh of them in the state.

Pointing out that the Karnataka Land Revenue Act 1964 had been amended to  extend the time for regularising such houses built before January 1, 2012, by the paying of a penalty, he said the last date for submission of applications in urban areas was August 27 this year and  October 4 for rural areas.

“We hope to clear the applications by the end of December.  Even if people don’t  approach us, we have directed officers to go to their doorsteps and help them out. If a farmer has cultivated forest land  for over 75 years, he could be entitled to ownership,”  Mr  Thimmappa explained.

The minister was however evasive when asked about allegations of land grabbing made against Chief Secretary, Arvind Jadhav, saying,  “I am on a week long tour and don’t have information about this.”

Mr. Siddaramaiah told the media  that the government would not be able to ensure flow of water to the neighbouring state for irrigation in view of scarcity of drinking water. Therefore, it would clarify its helplessness to the apex court as the AIADMK government has knocked on the doors of the court.

“The state has released much water to Tamil Nadu when our reservoirs had adequate water, but due to shortage of rainfall in catchment areas of the Cauvery, storage level of water has reached the lowest point, and the government is struggling to supply drinking water.

At this juncture, release of water to Tamil Nadu for agriculture  is not possible”, he added.  Tamil Nadu has filed an application in the Supreme Court, seeking a direction to Karnataka to release water to save standing crops of paddy.

Later, law minister T. B. Jayachandra reiterated that the government was not in a position to release water to Tamil Nadu. Mr Jayachandra told the media: “We are taking every step to comply with the award of the Cauvery water disputes tribunal, but at present conditions are so severe that even under the distress formula, the state will not be able release water.”

He said “As we all know, the state is facing almost 60 per cent shortage of water in all of reservoirs.” 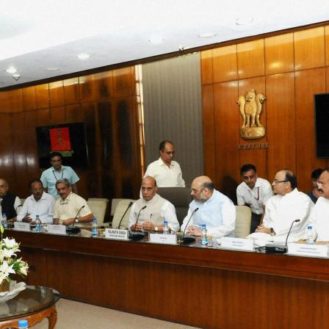