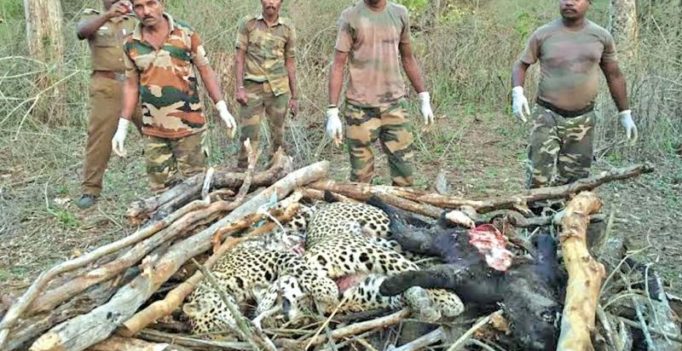 Foresters making arrangements to burn the carcass of three leopards that died this month.

Chennai: Wild elephants and large herbivores in Tamil Nadu reserve forests have lost weight up to 400 kilos over the past three months. The unprecedented drought had also led to the death of 13 elephants, five leopards and hundreds of deer within the Coimbatore circle and the situation in other forest circles of Tamil Nadu are also worse, admit confidential insiders with state forest department.
“This summer, Tamil Nadu, the third largest tiger state in the country will lose at least five per cent of its total wildlife.

The department is taking summer management efforts to prevent the wildlife deaths and also water troughs are filled to reduce human animal conflict but such efforts will only minimise the damage”, admitted an informed IFS officer. Our field rangers in Mudumalai and Valparai are sad to see the camera trap images of wild animals with tucked in tummies. Elephants in Mudumalai and Sathyamangalam look pale as there is no fresh fodder and whatever they eat now has inadequate carbo and water content, explained the top officer.

There is an active summer management plan and wildlife conflict mitigation plan being executed and the state has allotted Rs.17.71 crore for the fiscal under which artificial water resources are created but no where there is an artificial system to take care of the forest ecology. And this fire fighting is against the nature and we are hoping for showers at least by April end to bring some respite, he added.

“TN is now a reputed tiger having a population of about 230 big cats, the drought is now affecting the herbivore population and as a ripple effect it will also impact the large carnivore populations like tigers and leopards”, said T. Brinda, conservation scientist, Biodiversity Foundation of India. During my recent visit to Kodaikanal wildlife sanctuary I saw Indian gaurs looking weak and timid due to drying up of forests and water holes, the biologist said. “Strictly speaking drought is also part of forest biology and nothing much can be done about it”, she adds.

Asian elephants found in South Indian forests usually weighs from 3 tonnes to 4.5 tonnes now due to the drought camera traps have recorded elephants with weight loss which approximately according to field biologists will be up to 400 kilograms.

Three leopards and 13 elephants have died in Coimbatore and Nilgiri forest areas in the past two months. More than six cases of gaur and elephants have been rescued from dry wells since February.

According to a government’s Forest Survey of India Report, 2015 TN registered an increase of 2501 square kiolmetre of forest cover, which is the maximum among all the states in the country for the period 2013-15, but after that the forest cover is facing severe drought affecting the quality of forests.

Under the national afforestation project, the state in co ordination with the centre has allocated Rs 1.69 crore this year, but the ongoing drought will delay the project. 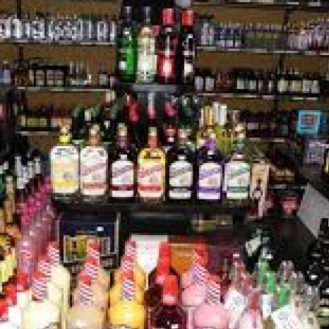