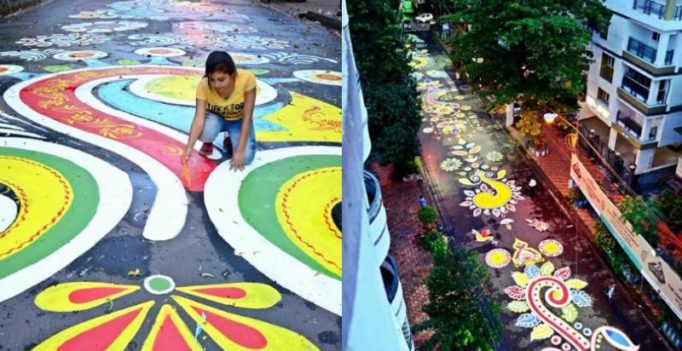 It was unveiled today, on Shubo Mahalaya which ushers the Puja.(Photo: Rajib Chowdhuri Facebook)

Durga Puja is synonymous with Bengalis, and we all know how they love to celebrate it with unabashed abandon.

This year they upped their game by creating a 1.5km long rangoli on Kolkata’s famous Lake Road as part of the decoration of Samaj Sebi Sangha Durga Puja.

300 young artists led by 15 group leaders managed to paint the rangoli, Bengalis refer to as alpona, within 24 hours. Most of the painters were students from esteemed art colleges such as Government College of Art & Craft, Calcutta and Rabindra Bharati University.

Despite heavy rainfall, the festive spirits were not dampened. Elated at the completion, Arpita Bhattacharya, a student revealed they started work on the project from 8 a.m. on Monday and finished it at 4a.m. on Tuesday. “Enamel colour was used to paint the 1.5 km-long design,” Bhattacharya explained.

The stunning artwork was unveiled on Monday by Bengali superstar Prosenjit Chatterjee.  Pictures on social media of the magnificent scene have social media swooning over it.

The festival marks the battle of goddess Durga with the demon Mahishasura in which she emerged victorious and it signifies the victory of good over evil.

Celebrations include colourful clay creations of Durga, prayers and revelry for 10 days, after which the idol of the goddess is taken for immersion with much fanfare. 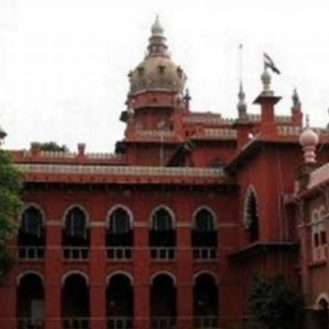