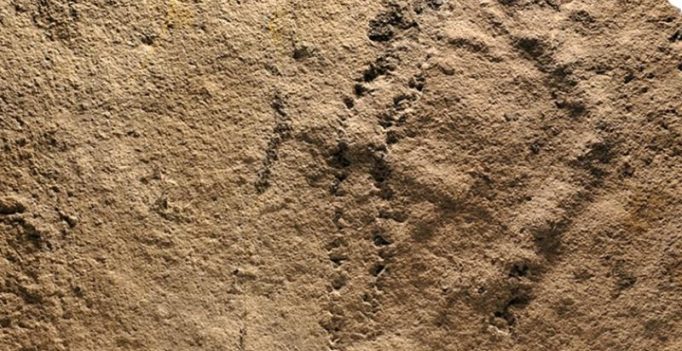 The animal appears to have paused from time to time, since the trackways appear to be connected to burrows that may have been dug into the sediment. (Photo: AFP)

Tampa: The earliest known footprints left by an animal on Earth, dating back at least 541 million years, have been uncovered in China, a study said Wednesday.

It is unclear just what kind of tiny creature left the tracks, which lie just a few millimeters apart and look like a two rows of shallow depressions, or holes, marked in the dark gray limestone.

“This is considered the earliest animal fossil footprint record,” said the report in the US journal, Science Advances.

The trackways were found in the Yangtze Gorges area of South China, and date to the Ediacaran Period 541 million to 635 million years ago.

“The rock that contains the fossil has been very well dated between 551 and 541 million years old,” study author Zhe Chen, a researcher at the Chinese Academy of Sciences, told AFP in an email.

Unfortunately for scientists, the creature that made the footprints did not die nearby and leave an equally well preserved fossil to be studied.

That leaves a mystery about what kind of animal left the tracks.

“We do not know exactly what animals made these footprints, other than that the animals must have been bilaterally symmetric because they had paired appendages,” said Chen.

“At least three living groups of animals have paired appendages (represented by arthropods such as bumble bees, annelids such as bristle worms, and tetrapods such as humans). Arthropods and annelids, or their ancestors, are possibilities.”

The animal appears to have paused from time to time, since the trackways appear to be connected to burrows that may have been dug into the sediment, “perhaps to mine oxygen and food,” said the report.

The fossil tracks offer “some of the earliest known evidence for animal appendages and extend the earliest trace fossil record of animals with appendages from the early Cambrian (485 million to 541 million years ago) to the late Ediacaran Period.”

Researchers on the study came from the Nanjing Institute of Geology and Palaeontology of the Chinese Academy of Sciences, and Virginia Tech in the United States. 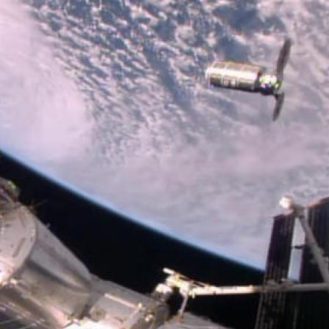