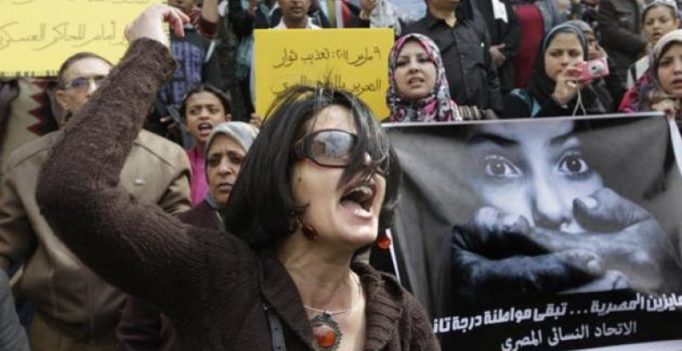 An Egyptian activist shouts anti-military Supreme Council slogans with a poster in Arabic reading ” March 9, 2011, protesters torture ” and ” We did not want the Egyptian woman to be a second-class citizen”, during a demonstration in front of Cairo’s high court. (Photo: AP)

Head of the state-sanctioned National Council for Women, Maya Morsi in her complaint demanded the expulsion of Ilhami Agena from parliament and a criminal investigation into his actions. She said the lawmaker was harming the reputation of Egyptian women, men and the country itself.

Agena said in an interview last week that virginity tests were needed to combat the proliferation of informal marriages, known as “gawaz orfy”, between students. Virtually expense free, such marriages have become more popular in recent years because of high youth unemployment and a shortage of affordable housing.

The gawaz orfy is widely viewed as a religiously sanctioned way of having premarital sex, a taboo in mostly conservative and majority Muslim Egypt. Muslim clerics have spoken out against such marriages.

In Egypt, as in other conservative, Muslim countries, a young woman’s virginity is widely seen as a matter of family honour, the loss of which could prevent her from getting married.

The military was alleged to have conducted virginity tests on 19 women arrested after troops violently broke up a protest in Cairo’s Tahrir Square in March 2011, shortly after longtime President Hosni Mubarak resigned in the face of a popular uprising.

Three months later, Amnesty International said that Egypt’s then-military rulers acknowledged carrying out the tests as a way to protect the army from possible rape allegations. The military pledged not to conduct the tests again, according to the London-based rights group.

Agena’s comments about women have sparked controversy in the past, including claims that some female lawmakers were not dressing modestly enough.

He sparked an uproar last month by saying that the practice of female genital mutilation, or FGM, was needed to curb women’s sexuality and counterbalance allegedly widespread male impotence in Egypt. He claimed that 64% of Egyptian men suffer from impotence, citing increased sales of Viagra.

“If women are not circumcised, they will become sexually strong and there will be a problem, an imbalance leading to divorce,” he added.

His comments about FGM followed the adoption by the Egyptian parliament of tougher penalties for the practice, allowing for a maximum of 15 years in prison for offenders if a child dies and up to seven years for performing the procedure.

The centuries-old practice, misguidedly believed to reduce a woman’s libido, was criminalised in Egypt in 2008. However, it remains widespread and an estimated 90% of Egyptian women have undergone some form of the forced procedure. 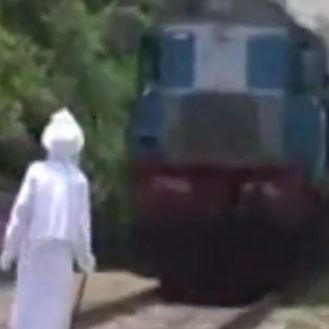