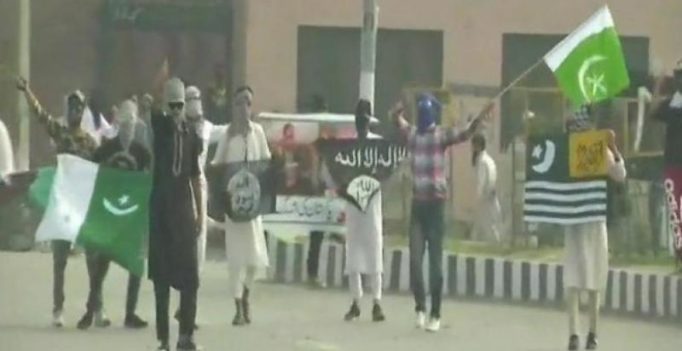 Demonstrators also pelted stones on security personnel, who were trying to disperse them. (Photo: ANI)

Srinagar: The celebrations of Eid-Al-Adha was marred by violence in Jammu and Kashmir’s Srinagar city when stone pelters came out on the streets and waved flags of Pakistan and dreaded terrorist group Islamic State of Iraq and Syria (ISIS).

In a bid to disrupt peace, the demonstrators chanted slogans and clashed with police personnel on duty in Srinagar’s Eidgah area, soon after Eid prayers. They also pelted stones on security personnel, who were trying to disperse them.

In another incident, a policeman was shot dead by terrorists outside an Eidgah in Kulgam’s Zazripora, when he was leaving after offering prayers.

Earlier in May, a tourist from Tamil Nadu’s Chennai had lost his life in stone-pelting, a few days after the vehicle of a district judge from Bengaluru, who was on a holiday with his family, was pelted with stones. Around the same time, a bus carrying school students was also attacked by unruly stone-pelters in Zawoora village of Shopian district.

The rampant incidents of stone-pelting in Jammu and Kashmir have become a matter of concern for the state administration, with Defence Minister Nirmala Sitharaman condemning the same, saying that although the armed forces cannot be held responsible for being firm with terrorists, it is extremely important to ensure safer movement of tourists to restore normalcy. 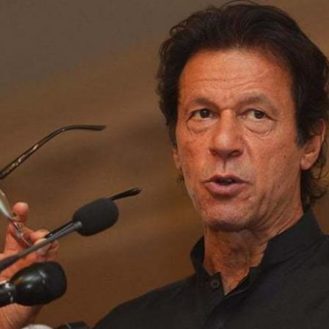