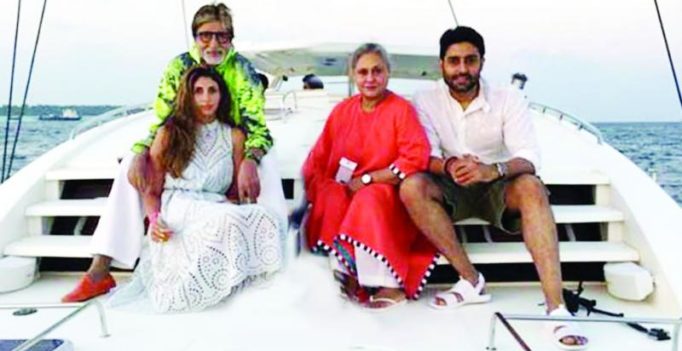 Advocating for change: Amitabh with Abhishek, Shweta and Jaya

When Amitabh Bachchan announced that he wished to split his assets equally between his son and daughter after he’s gone, not only B-town but also common men and women in India took notice of the issue of equal property distribution.
In a country like India, it is not uncommon for ancestral property or assets to go to the male heir, as opposed to being distributed equally among the children in the family. Besides Bachchan, who is leading by example, more celebrities are coming out and lending their support to the cause of treating men and women equally.

Take for example, Aamir Khan. In December, the actor delivered one of Bollywood’s biggest hits, Dangal, which propagated the empowerment of the girl child, with his now-famous dialogue, “Mhari choriyan choron se kam hai ke? (Are my girls any less than boys?)” Now, in an extension of his Dangal character, the actor has become the face of a Hindi channel’s social advertisement, lauding praises on his two daughters, who help him run his business.Theatre personality Zubin Driver says that while ads like Aamir’s and announcements like Big B’s are a good move, it should merely be the first step towards bigger change.
“This has to be backed up with grassroots activism and by change in law. It’s not just about doing PR and getting ads out. As long as there is much more activity happening, change happens,” he says. Ad man Prahlad Kakkar, too, agrees that the law needs looking into, especially when it comes to handing down ancestral property. “It’s high time the law did something about giving women equal rights to ancestral property. Several parts of Nagaland, Kerala and Meghalaya already practise a matriarchal society where the rights are handed down to the women of the family. While this may be a little too far-fetched, I hope women are given equal importance in property matters. Why should women not have access to property that is theirs? I think we have marginalised them for way too long,” he points out. Even as the debate on equal property rights rages on, Bollywood personalities have come out to laud Big B’s move to distribute his wealth equally between Shweta Bachchan Nanda and Abhishek Bachchan.

“I fully agree with Mr Bachchan,” says filmmaker Rakesh Roshan, who himself has a son and a daughter — Hrithik and Sunaina. “The parents’ wealth must be divided equally between the son and the daughter.” Adds Prahlad, “Stardom does make an impact (in such issues) to some extent towards taking a positive step. However, I think it’s a little too late for Bollywood to sit up and take notice. Once they see a change being reflected in society, Bollywood wants to do a me-too.”

However, Zubin believes that artistes and celebrities should continue showing the mirror to society. “We need to constantly do our job of giving people more and more vantage points and opinions, so that they can make their mind up about important issues. Our job is not to change the law, but to be a mirror. We should pick up issues and continuously talk about them through our work,” he concludes.

The Bajaj family endorses  Amitabh Bachchan’s stand that sons and daughters should inherit the father’s wealth. Boys and girls should never be discriminated as they are equally capable. As far as managing the affairs of the company is concerned, it is done purely on merit, be it a boy or girl.
— Niraj Bajaj, promoter–director of the Bajaj Group I  believe that it’s really important in today’s time and age that we teach our kids about the world we live in. Be it a boy or a girl, it’s important that we help them build confidence in themselves — and that starts with teaching them that everyone is equal. When you start implementing it in our homes, kids will start behaving so when they go out as well. As a parent, I don’t differentiate between my kids. They are like my eyes, both equally important, and they get an equal share of everything I have to give them.
— Ravi Teja, actor I agree with Amitabh Bachchan. Why should there be a difference between the son and daughter, when she is a part of the family too? Even before Amitabh had said this, I had told my family that four of my children — I’m including my son-in-law and daughter-in-law here, because they’re like my children — would get an equal share.
— Dr A.V. Gurava Reddy, MD Sunshine Hospitals This practice is being followed for quite some time. I support gender equality in bequeathing property to the next generation. In fact, we divide our shareholding equally among all family members, including the family head and his wife. The share held by the parents will be divided amongst the children through a will in equal proportion.
— Narendra Surana, MD, Surana Solar It will definitely help, because I think both the children deserve the same. All families should adopt this, and divide their assets between the daughter and the son; that would make it convenient. I would definitely want to do the same with my own children.
— Sapthala Vinod, MD,Recon Technologies 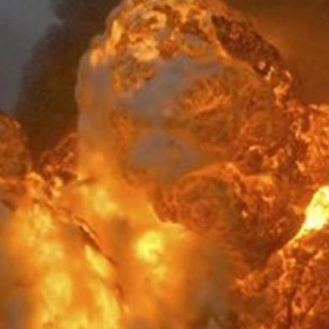 Leaders of all the opposition parties on Wednesday condemned the police brutality upon anti-liquor protesters, particularly the lathi-charge at Samalapuram in Tiruppur and urged the…

Zaheer Khan on Monday announced that he has finally sealed the deal with a dazzling rock on his girlfriend Sagarika Ghatge’s finger. (Photo: Zaheer Khan…