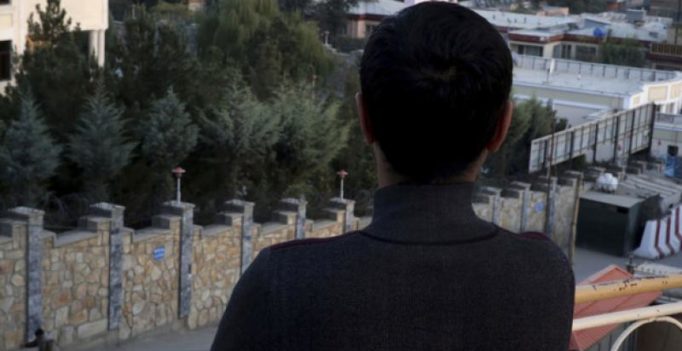 Rameen, a young gay Afghan, poses with his back to the camera in Kabul. (Photo: AP)

Kabul: To be homosexual in Afghanistan is to live in fear. Naveed and Rameen, young gay men in the capital Kabul have lost count of the number of times they’ve been lured into dangerous situations on what they believed to be dates.

Both men describe being robbed, beaten up and blackmailed, and receiving death threats. They’ve even eluded police “honey traps” that could have seen them thrown in prison without charge, simply on suspicion of being gay.

They know they could be killed, with impunity, if they reveal their sexuality.

Rameen, 31, tells the story of his friend, Zabi, who was killed by his family after coming out as gay, a so-called “honour killing” usually reserved for young women.

“He was shaming the family by being open about it. They stabbed him so many times. It was a warning for us, for other gays. Now we keep to ourselves; we live a hidden life. And a hidden life is no life at all,” Rameen said.

Both men use fake names among gay friends, and said none of their relatives or colleagues know the truth about their sexuality.

Meeting other gay men is difficult as there are no regular gathering places, and the need to be discreet means developing relationships is almost impossible, they said. As a result, most encounters are for casual sex, which can lead to treacherous terrain.

Naveed, 24, said he recently turned up at one of Kabul’s major hotels to get together with a man he’d met in a doctor’s waiting room who had asked for his phone number.

“He seemed nice, and he was quite handsome, so I thought: why not. But it was a set up; he tried to kidnap me. He drove me to a place where a gang of men were waiting with guns, I’m sure they would have killed me, but I ran away,” Naveed said.

In Afghanistan’s conservative, religious society, sex outside marriage and same-sex sexual activity are illegal. “Pederasty,” which is understood to refer to sodomy or sex between an adult man and a boy, is punishable by 5 to 20 years in prison, according to the Justice Ministry. The death sentence can be applied if the subject dies as a result of the act.

Pressure to conform can cause profound distress, and “creates a lot of psychological problems for the person themselves and their families,” said Khalil Rahman Sarwary, a psychology lecturer at Kabul University.

“It is difficult for homosexuals to find partners, and if they do, both parties are afraid of being found out,” Sarwary said.

“When the exact needs of a person are not being fulfilled, when a homosexual man is forced to marry and have children, it can lead to terrible unhappiness, divorce, even violence within the family. I know of cases where the frustration has built to the point where the man has even killed his wife.”

Same-sex sexual activity is not unusual in Afghanistan’s strictly segregated society. “Bacha bazi” is a culturally-sanctioned form of pedophilia, in which pre-teen boys – many from poor families, often sold into the practice – are sponsored by powerful and wealthy men to dress as girls and dance for parties of mostly middle-aged men. The boys usually live with their sponsors, who also abuse them for sex until they are in their teens, when they are discarded.

Yet the “bacha bad,” as the sponsors are known, are rarely punished for the years of abuse they commit against the dancing boys, and it is not unusual to see older men in public with their young sex slaves.

The practice pre-dates Islam, and is believed to involve boys because of the general inaccessibility of girls throughout their lives, their sponsors, most of them married with children, are not regarded as homosexual, and their actions are often justified with the saying “women are for children, boys are for fun.”

Openly proclaiming to be gay in Afghanistan, however, can carry severe consequences. The few gay Afghan men who dared to speak of their sexuality described a struggle of confusion and guilt as they grew up trying to cope with feelings they didn’t understand. And once they did, not only could they not share them, they had to suppress them for their own safety.

Hamid Zaher, 43, said that when he was growing up in Kabul, “nobody knew what gay was and all gay people were suppressed. They could never accept themselves or talk to anyone about their feelings.”

Like the other gay men who spoke to The Associated Press, he said that as a young man he felt that he wanted to be “normal,” and concealed his sexuality, until it just became too difficult.

In 2008, Zaher left the country and settled in Toronto, Canada where he works in the construction industry. He describes the transition as from “zero percent freedom to 100 percent.” He wrote a book that became his coming-out manifesto and said “accordingly, my family disowned me.”

Since the Taliban’s extremist regime was overthrown in the US invasion of 2001, the flow of information into Afghanistan has helped boost awareness, but understanding and tolerance of homosexuality are still a long way off, even compared to regional neighbours.

Russia is notoriously intolerant toward homosexuals, but the practice itself is legal. In China, homosexuality was legalised in 1997 and removed from the official list of mental illnesses in 2001.

Young gay men in Afghanistan still largely grow up with identity crises, waiting for perplexing feelings to subside and make way for “normality.”

Rameen said that from the age of 4 he was “feeling very strange. I liked playing with girls, with girls’ toys, I liked fashion, and people used to make jokes about me.”

When he enrolled in university to study journalism, he thought these “strange feelings” he had toward men would leave him “because I didn’t know what gay is,” he said.

He caved in to pressure from classmates to find a girlfriend, but said “It was not realistic. Nothing changed.”

After hearing a friend talking about homosexuality, Rameen went to an internet cafe and looked up what it means to be gay.

“I read so many stories, and I realised that it is something real with me. It will never change. It is natural.”

That led him to a gay dating website, through which he met an expat working in Afghanistan.

“That opened up a new window on life for me. In a way, I am lucky,” he said. “Think of the generations who came before me who had no idea what it even meant to be gay.” 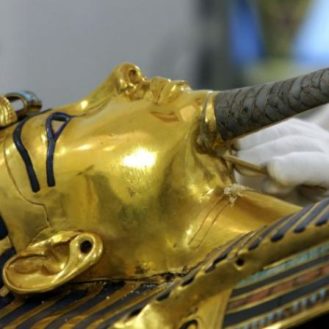