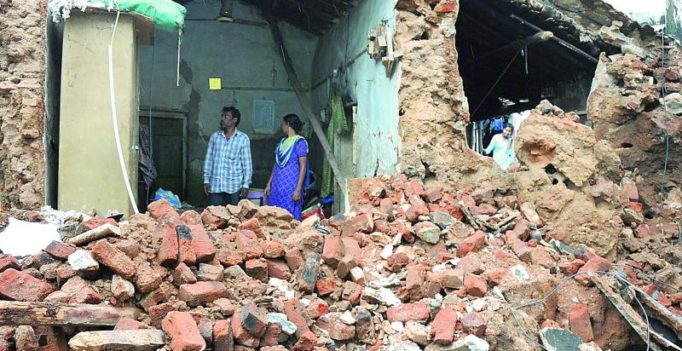 A couple looks at a house which collapsed during rains in Bowenpally on Thursday. No one was injured (Photo: DEEPAK DESHPANDE)

Hyderabad: Hyderabad’s nala system has always been a failure and the state government is unable to spend Rs 10,000 crore to revive the system and remove encroachments.

The main reasons for waterlogging in the city are that there are insufficient number of stormwater drains; no comprehensive stormwater drain network; occupation of natural nalas and dumping of garbage including plastic bags.

In spite of taking up desilting of nalas, garbage and other material that are carried by rainwater choke the drains resulting in temporary flooding.

For instance, areas in the Yakutpura Assembly segment suffered after Wednesday’s heavy rain. Desilting works are pending at Yakutpura, Dabeerpura, Rein Bazaar and Ganganagar nalas, which covers most of the constituency.

Water from the nalas accumulated at Dabeer-pura Darwaja, under the flyover, near the central prison, Dar-ul-Shifa and Talabkatta  At a few places, two wheelers were washed away.

MBT leader Amjedullah Khan said that they had brought the problem to the notice of GHMC officials earlier when these places were affected 15 days ago after a small shower.

Recently, MLA Mumtaz Ahmed Khan along with corporators had visited all the nalas and had directed officials to take up desilting works. But there was no response from GHMC.

At Kapra, the Chakripuram nala overflowed leading to traffic jams in Chakripuram, Cherlapally, Kushaiguda and ECIL localities. Although, the GHMC officials had cleared the nala recently, more silt and mud was deposited, leading to the overflow.

GHMC deputy commissioner P. Saroja deployed sanitation and other staff along to clear the nala. GHMC commissioner B. Janardhan Reddy said, “Because of the slopes in the city, rainwater generally clears in a short time except at a few places where habitations have come up near tanks, some of them within the full tank level, or at very localised areas which are in a trough.”

He said the GHMC would engage monsoon teams during the monsoon 24×7 to attend to water stagnation, clearing of catch pits for free flow of rainwater to facilitate the free movement of traffic. 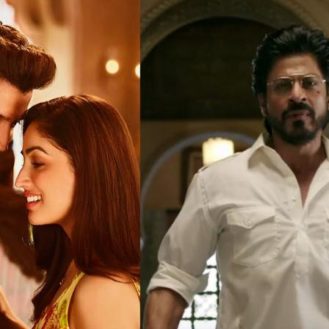