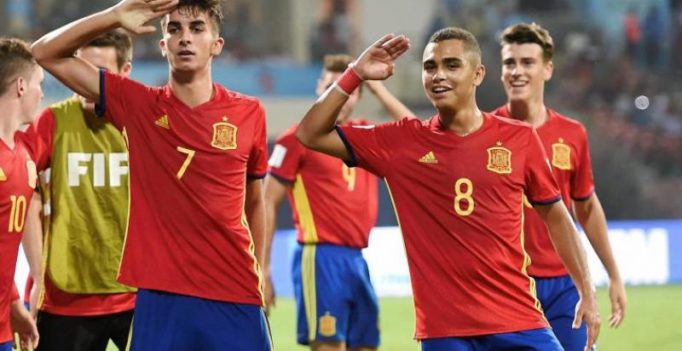 Navi Mumbai: Abel Ruiz’s two goals helped Spain beat Mali 3-1 to enter the final of the FIFA Under-17 World Cup. Ferran Torres scored the third goal for La Rojita. Lassana Ndiaye scored the consolation goal for Mali. Spain will not take on England who defeated Brazil by a similar scoreline in the earlier match which was played in Kolkata. Mali will face Brazil for third place

Spain started the match as favorites against the African Champions. Their first chance of the game came in the 2nd minute, Spain captain  Abel Ruiz delivered a teasing cross from the right for Cesar Gelabert inside the box but the defense managed to clear the ball only up till  Sergio Gomez who was left unmarked inside the box. The striker attempted a volley which was saved by Mali goalkeeper Youssouf Koita.

After taking time to settle down Mali came up with their first shot on target in the 10th minute. Mali forward Hadji Drame released Lassana  Ndiyae on the left-hand side with Spanish defender Guillamon too slow to get off the blocks but Ndiaye’s weak shot hit the side of the goalpost and went for goal-kick.

Spain took the lead in the 19th minute. Cesar Gelabert was brought down inside the box by Abdoulaye Diaby.  Abel Ruiz stepped up and converted the resulting penalty.

Mali came close to scoring the equalizer in the 37th minute, midfielder Cheick Oumar Doucoure found some space to hit a powerful shot but Spain goalkeeper Alvaro Fernandez managed to keep it out.

Spain could have doubled the lead in the 39th minute. Ferran Torres cross from the right went to Ruiz whose flick was kept out by goalkeeper Koita.

Captain Abel Ruiz doubled the lead for Spain in the 43rd minute. Gelabert released the ball to Ruiz who breaks past Diaby to slot the ball past Mali goalkeeper Koita to the bottom right corner. At half time it was the boys in red and blue who had the upper hand.

Doucoure almost scored the first goal for Mali in the 61st minute. The midfielders right footed shot hit the crossbar and the ball went inside the goal only to be disallowed by the referee. The TV replays showed the ball crossing the goal line. With no goalline technology, the African side was robbed of their goal.

Spain scored their third goal in the 71st minute which sealed the game for them. Sergio Gomez cross from the left was headed home by Torres who was left unmarked inside the box. Mali goalkeeper Koita made a full stretch but was unable to keep the ball out from the goal.

Ndiaye pulled one back for Mali in the 74th minute. The forward overpowered Guillamon to beat goalkeeper Alvaro Fernandez at his near post. Mali pressed for more goals in the final few minutes, but Spanish defense managed to keep the ball out of danger zone to win the game. 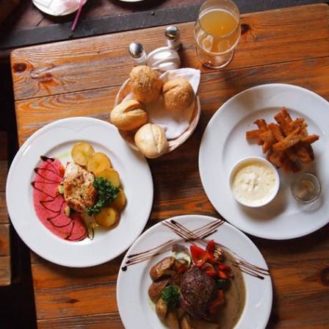 Soon after the firing from the Indian side took place, sources said residents in the neighbouring villages of Poonch witnessed smoke emanating from the site….