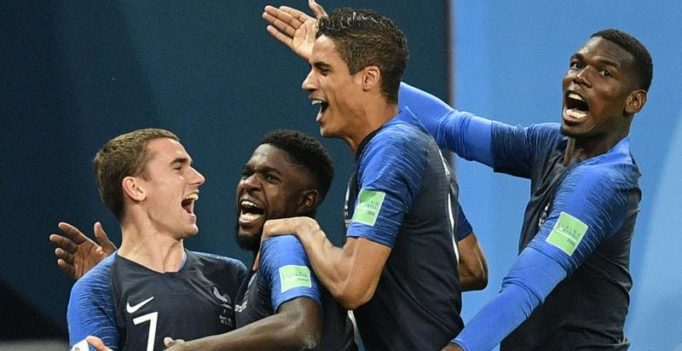 St Petersburg: Samuel Umtiti scored the lone goal of the match as France beat Belgium 1-0 in the first semifinal of the FIFA World Cup here on Tuesday night.

With this, Didier Deschamps’ men remained on course for their first global title since 1998, when France last won the World Cup.

The match ended 0-0 at half-time, but it was Umtiti who brought the game to life.

However, Belgium had chances throughout the game, but it was not Romelu Lukaku’s day as he hardly got hold of the ball.

France head to the final on Sunday, while Belgium will play the loser of the second semifinal between England and Croatia on Saturday.

76′: De Bruyne’s attempt on goal is way above the cross-bar, and fails in the attempt.

70′: Toby Alderwiereld gets a yellow card.

50′: GOAAL!!!! Samuel Umtiti scores his third goal for France to give the Les Bleus a lead.

45 (Second half): The latter half is underway!

45′: One minute added in injury time.

40′: Pavard has a shot on target, but Courtois uses his legs to stop the ball.

37′: Oliver Giroud is down with an injury. He is being treated by the physios.He has walked off the ground!

32′: Griezmann has a failed attempt on target.

27′: De Bruyne attempts a shot from the corner, but Umtiti does well to save the ball.

20′: WHAT A SAVE! Hugo Lloris stretches his hands to hold onto the ball after a shot by Toby Alderwiereld

18′: Matuidi attempts a short on target, but ends up in the hands of Courtois.

16′: Hazard narrowly misses the goal as his shot is mistimed.

13′: Mbappe races past the Belgium defenders only for Courtois to make a save.

4′: De Bruyne gets hold of the ball, but his cross-pass to Fellaini fails, but Belgium shows early signs of a breakthrough.

Here is how both the teams lineup for the game: Belgium will fight for a place in the final of the 2018 FIFA World Cup when they face a confident France in the first semifinal here on Tuesday.

Belgium, coached by former Everton manager Roberto Martinez, were considered as dark horses ahead of the World Cup, and they did prove why they were the title contenders after their 2-1 win over Brazil in the quarterfinal.

Meanwhile, France, led by the attacking duo of Antoinne Griezmann and Kylian Mbappe, are just two wins away from winning their first Wireld Cup title since 1998 and they clash with a familiar face- Thierry Henry.

Henry is currently one of the assistant coaches of Belgium, and was part of the Les Bleus team that won the trophy back in 1998.

The men to watch out for in the Belgium set up will be Romelu Lukaku and Kevin de Bruyne, who play for rival Manchester clubs in the Premier League.

The statistics favour Didier Deschamps men, who are unbeaten against Belgium in World Cup meetings (W2 D0 L0). However, this match will be considered more than the stats, especially given the fact that the Red Devils have not reached the final.

Where is the match?

The match will take place at the Saint Petersburg Stadium in St. Petersburg.

When is the match?

With Sony Sports Network acquiring the broadcasting rights, the matches can be aired live on Sony Ten 2/HD and Sony Ten 3/HD.

Live action can be streamed via the SonyLiv app or on SonyLiv.com. 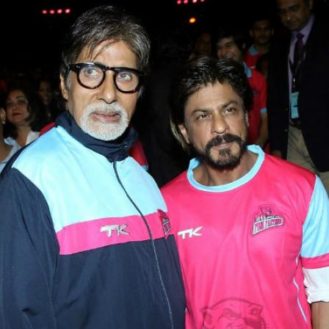