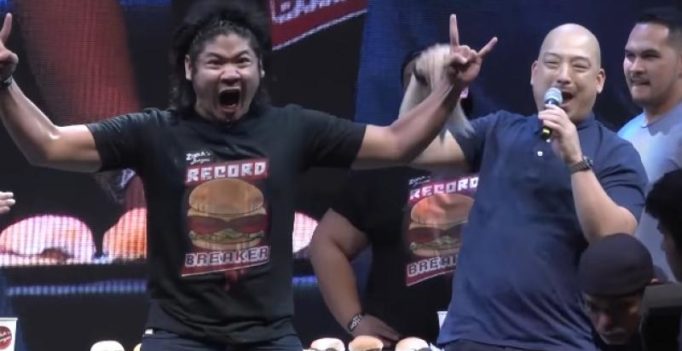 24-year-old Rix Terabite proved he was the hungriest for the record and managed to consume a record-breaking five 107-gram patties in 60 seconds. (Credit: YouTube)

Singapore: A new Guinness World Record has been set in Philippines where a 24-year-old won the title for the most hamburgers eaten in one minute after gobbling down five 107-gram patties in 60 seconds.

A burger shop in Philippines, which is known locally for its competitive burger eating challenges, invited their ten best food gobblers to attempt a Guinness World Records title. After a tense round of knockouts, Filipinos Kelvin “Zarkman” Medina and Ricardo “Rix Terabite” Francisco were left in the competition for the title most hamburgers eaten in one minute.

24-year-old Rix Terabite proved he was the hungriest for the record and managed to consume a record-breaking five 107-gram patties in 60 seconds.
Although Zarkman missed out on a title this time, he holds the record for fastest time to eat a 12″ pizza which he won in a previous contest.

Formerly, the record for most hamburgers eaten in a minute was held by multiple record-breaking competitive eater Peter Czerwinski, aka “Furious Pete”, who ate four hamburgers in the time slot. The Guinness World Records rules for this hamburger eating challenge insist that only one burger is to be eaten at a time, using just one hand.

Participants are allowed to put just one condiment on their burgers and have a glass of water in their other hand but no dunking is permitted. The record for the Most hamburgers eaten in three minutes is held by Japan’s Takeru Kobayashi, who gobbled an impressive 12 burgers on the set of Lo Show dei Record in Milan, Italy. 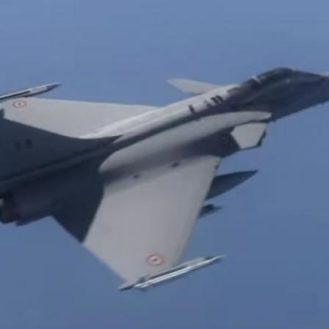