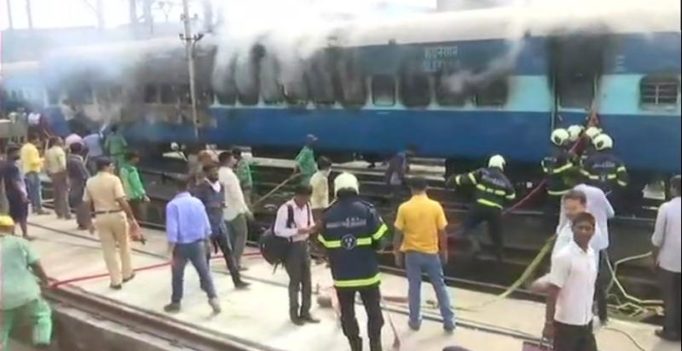 Several fire engines have been rushed to the spot and efforts are on to douse the fire. (Photo: Twitter/ANI)

Mumbai: A fire broke out in a coach of a train parked at Chhatrapati Shivaji Terminus (CST) railway yard on Tuesday, news agency ANI reported.

Several fire engines have been rushed to the spot and efforts are on to put out the fire on a coach of the Solapur Express, which was parked at the yard.

According to reports, no passengers were on board the train and no casualties or injuries have been reported till now. 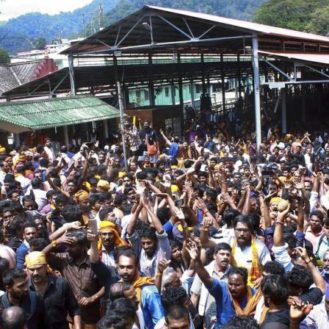