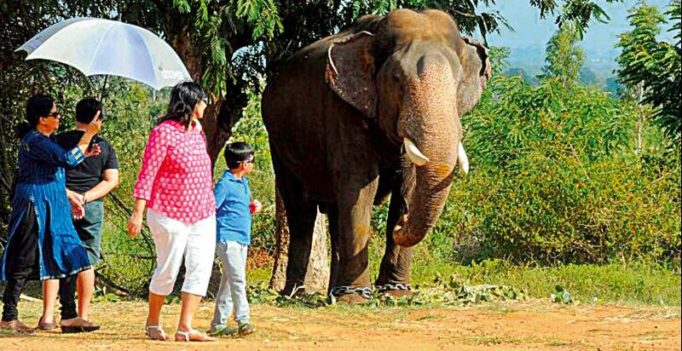 Acclimatisation of the Dasara procession route will begin from Saturday.

Mysuru: The first batch of six Dasara pachyderms which arrived in the city Sunday evening, are resting at Aloka Palace premises, in Ilwala here.

They will be traditionally welcomed at the courtyards of Mysuru Palace at the Jayamarthanda gate on Friday. Acclimatisation of the Dasara procession route will begin from Saturday.

Among the jumbos, 61-year-old Gajendra has participated in Dasara for the past 17 years while 56-year-old Arjuna has been part of the grand event for 10 years and has been carrying  Golden Howdah for five years.

58-year-old Balarama has been participating in Dasara for 19 years and has carried the Golden Howdah 14 times while 50-year-old Abhimanyu has participated for 17 years.

38-year-old Cauvery has participated in Dasara for four years while 59-year-old Vijaya has participated for nine years. The second batch of six elephants- Durgaparameswari, Gopalswamy, Vikram, Harsha, Gopi and Prashantha- will arrive two weeks prior to Dasara. 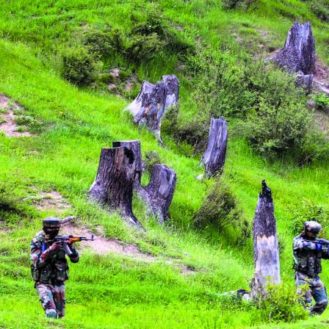