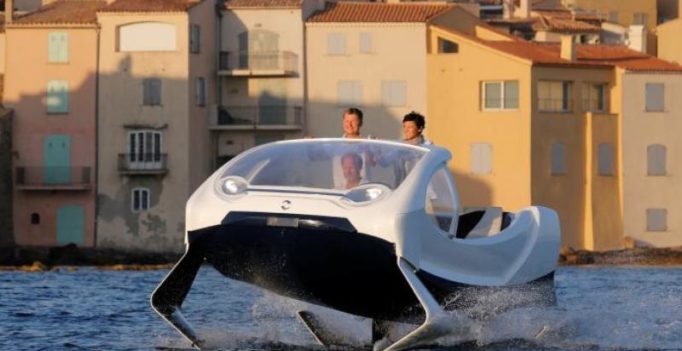 He said it took two months for SeaBubbles to arrange a contract to lease two cars and a month for lawyers to register the company, a job he said could have been done in a few hours in some other countries. (Photo: Philippe Laurenson)

French yachtsman Alain Thebault wants to turn a boat design he used to break a world speed sailing record in 2009 into a clean, fast taxi service for the waterways of major cities.

The SeaBubble won the backing of private investors – Thebault expects to raise between 50 to 100 million euros by the end of September.

Emmanuel Macron, France’s pro-business president who wants to create a “startup nation”, even championed the idea when he was economy minister. His office did not respond to requests for a comment about whether he still backed the project.

But like other startups, he fears his company will be held back by administrative bureaucracy if the idea takes off and he needs to grow fast.

“It’s a road full of obstacles for two seabirds like Anders (Bringdal) and me,” he said of his business partner, a Swedish windsurfing champion. “If it’s getting too complicated, we’ll go where it’s the easiest.”

He said it took two months for SeaBubbles to arrange a contract to lease two cars and a month for lawyers to register the company, a job he said could have been done in a few hours in some other countries.

The SeaBubbles prototype preserves its battery by rising out of the water on legs at speed. Paris mayor Anne Hidalgo gave support to the idea with a ride up the River Seine in June.

But the Bubble only has a chance of running in Paris if the authorities raise the Seine speed limit so it can go fast enough to rise out of the water, a request they have rejected so far. Hidalgo’s office did not respond to a request for comments on the project, including whether she thought the Paris speed limit should be changed.

And while he got some initial funding from the state investment bank, it was demoralising when two applications for 200,000 euros in government subsidies were turned down. A spokeswoman said the money could only go to companies with a “proven business case”.

Thebault says “about 5” cities from around the world are interested in exploring whether the SeaBubble could become part of their public transport systems but he declined to name them.

The state investment bank Bpifrance, has been one of the driving forces behind the bursting startup scene with investments of 191 million euros in 2016.

There are also private initiatives such as Station F, a 34,000 square-metre (366,000 sq ft) startup mega-campus in Paris that opened its doors at the end of June after a 250 million-euro investment by billionaire Xavier Niel.

Growing investor confidence after this year’s election of Macron who has portrayed himself as a business-friendly president, has also helped.

At the current pace, 2017 is on track to reach more than 700 deals by the end of the year, a jump of around 40 percent over 2016, according to venture tracking firm CB Insights. About $2.03 billion was invested in the first-half of the year compared with $2.1 billion for all of 2016. That makes France the second best-funded tech start-up scene after Britain, CB Insights said.

Investors say startups are not being held up by financial concerns, rather by bureaucracy and labour laws that are designed to protect employees but can be cumbersome and expensive for businesses as they get going.

“It’s not a matter of money. There’s plenty, plenty, plenty of money,” said Romain Lavault, a partner at Partech Ventures, a venture capital fund that also invested in SeaBubbles.

But it ranked 115 out of total of 138 countries in terms of the “burden of government regulation” and holds the 129th position for hiring and firing practices, based on 2015 data.

Restrictive labour laws are at the top of investors’ list of complaints. Any France-based company with 50 employees or more has to create a works council, organise labour unions elections and go through regular structured regulations with workers. Redundancies and layoffs can be expensive.

Very few French startups, have become a “unicorn,” or a company valued $1 billion or more.

Criteo, a French startup currently listed on the Nasdaq stock exchange, is now worth $3.4 billion.

“In France, even today, when you build a company, people tell you: it’s great, but you’re taking a huge risk,” said Jean-Baptiste Rudelle, its chief executive.

“Silicon Valley has been around for 50 years. We’ll need at least 10 to 15 years before the French (startup) ecosystem can compete with it.”

Nevertheless, Criteo is still based in Paris. Rudelle stays out of loyalty to the country where his business grew and because it produces top engineers, has a developing startup scene and good living standards.

“Every single week I receive a resume from an American who wants to settle in Paris,” said Partech’s Lavault. “I’ve never seen so much interest before.” 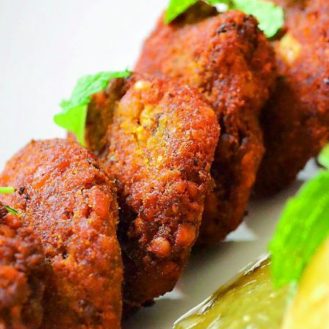