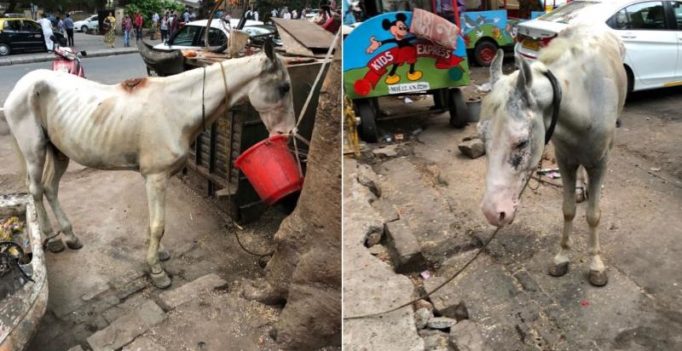 The Cuffe Parade police filed an First Information Report against the custodians of the horses under Sections 3, 11(1)(a), (f), (h) of the Prevention of Cruelty to Animals Act, 1960.

Mumbai: Following a tip received by People for the Ethical Treatment of Animals (PETA) India that two horses thought to have been used for joyrides are tied up without shade, food, or water at Nariman Point opposite Tulsiani Chambers in Mumbai, the group swung into action.

Based on its complaint, the Mumbai police arrived at the scene, and seized the horses that were found to be malnourished and very thin, with visible ribs and backbones, and injured, with multiple large wounds, including a huge infected wound on one horse’s wither and left knee.

The Cuffe Parade police filed an First Information Report against the custodians of the horses under Sections 3, 11(1)(a), (f), (h) of the Prevention of Cruelty to Animals Act, 1960. After seizure, both the horses were transported to Brihanmumbai Municipal Corporation’s (BMC) cattle pound in Malad for medical examination and immediate veterinary care.

“Keeping horses in Mumbai is illegal and using them for joy rides is cruel, yet sick, malnourished and injured horses are still forced to live in filthy unlicensed stables and are not provided with basic needs such as food, water and shelter”, says PETA India Emergency Response Coordinator, Meet Ashar.

“PETA India is working with the police and BMC to get neglected horses the care they need and are calling on authorities to immediately implement Maharashtra’s rehabilitation plan for carriage horse owners and drivers,” he adds.

In June 2015, the High Court of Bombay ruled that housing horses in stables not licensed by BMC and using horse-drawn carriages or Victorias in Mumbai for so-called “joy rides” is “completely illegal.”

In July 2017, the High Court accepted the rehabilitation plan submitted by the Maharashtra government for horse-drawn carriage owners and drivers, allowing horses to be removed from Mumbai roads and drivers to receive a payment and/or a vendor license, thus ensuring their livelihood.

PETA India sent a letter earlier this month urging Chief Secretary of Maharashtra DK Jain to implement this plan immediately by ensuring that the BMC receives the necessary funds, as approved by the State Government. 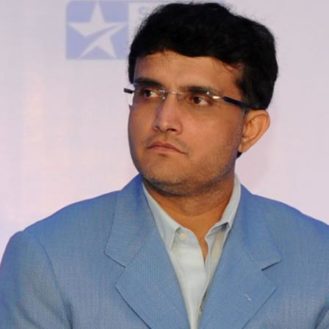 Sourav Ganguly believes that a lot of talented cricketers become insecure if they are injured or out of the team. (Photo: AFP) Kolkata: Former India…