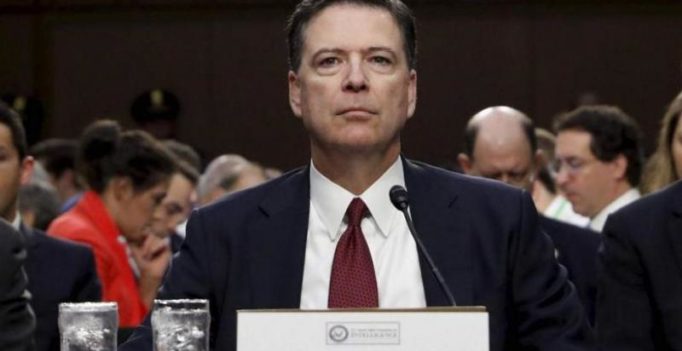 FBI director Christopher Wray said that nothing in the report pointed towards political bias or impugned the FBI as an institution. The inspector general criticised Comey’s decision to reveal publicly a week before the election that he had reopened the inquiry into Clinton’s emails, rejecting his argument that he had acted in the interests of transparency. (Photo: File)

Washington: Former Federal Bureau of Investigation (FBI) director James Comey did not follow protocol in his handling of the investigation into Hillary Clinton’s use of a private email server and improperly shared information about the probe with the public, a review of the agency’s actions during the 2016 United States presidential campaign has concluded.

But the report by the Justice Department’s internal watchdog found no evidence to support President Donald Trump’s claim that the agency was motivated by political animus as it investigates potential collusion between his campaign and Russia.

The FBI’s probe stemmed from Clinton’s use of a personal email server while she was the secretary of state. The investigation focused on whether Clinton sent or received classified information through a server in the basement of her New York home, which was not authorized to handle such messages.

“We concluded that Comey’s unilateral announcement was inconsistent with the department policy and violated long-standing Department practice and protocol by, among other things, criticising Clinton’s uncharged conduct,” the report said.

“We also found that Comey usurped the authority of the attorney general, and inadequately and incompletely described the legal position of department prosecutors,” it added.

The over 500-page report, issued on Thursday by the Department of Justice, Office of the Inspector General, said it had discovered text and instant messages between some FBI employees that expressed statements of hostility towards the then candidate Trump and that of support for Clinton.

“We also identified messages that expressed opinions that were critical of the conduct and quality of the investigation,” said the report, which the White House said vindicates the consistent stand of Trump in this regard.

The report largely focuses on the conduct of the nation’s top law enforcement agency, which is historically non-partisan, during the 2016 presidential election. Inspector General Michael Horowitz said Comey had broken “dramatically from FBI and department norms” in handling an inquiry into Clinton’s emails. Clinton, 70, has blamed Comey for her election loss to Trump in 2016.

The report by the Justice Department also said Comey used a private email account to conduct official FBI business. FBI director Christopher Wray said he accepted the report’s findings but he added that nothing in the report pointed towards political bias or impugned the FBI as an institution. The inspector general criticised Comey’s decision to reveal publicly a week before the election that he had reopened the inquiry into Clinton’s emails, rejecting his argument that he had acted in the interests of transparency. He found that while Comey’s actions were not the result of political bias, “by departing so clearly and dramatically from the FBI and department norms, the decisions negatively impacted the perception of the FBI and the department as fair administrators of justice”.

The report also found “a troubling lack of any direct, substantive communication” between Comey and Former Attorney General Loretta Lynch.

In a statement, Senate Democratic Whip Dick Durbin said the report made clear that Comey and FBI personnel failed to follow the rules, and in doing so, hurt Clinton’s campaign and helped Trump’s. “In a frenzy of tweets since taking office, the President has claimed a vast conspiracy in his own government against his campaign and administration, but this report found no evidence that political bias affected the FBI investigations,” he said.

In the report, a paragraph summarising the factors that led the FBI to assess that it was possible that hostile actors accessed Clinton’s server was added, and at one point referenced Clinton’s use of her private email for an exchange with then President Obama while in the territory of a foreign adversary. This reference later was changed to “another senior government official,” and ultimately was omitted, it said.

Republican Congressman Darrell Issa said the report from the Department of Justice’s Inspector General shed new light on the cumulative bias at some of the highest levels of the FBI during the lead-up to the 2016 election.

Tagged With2016 us presidential electionsfederal bureau of investigation (fbi)james comey 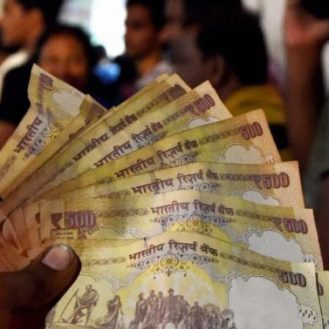