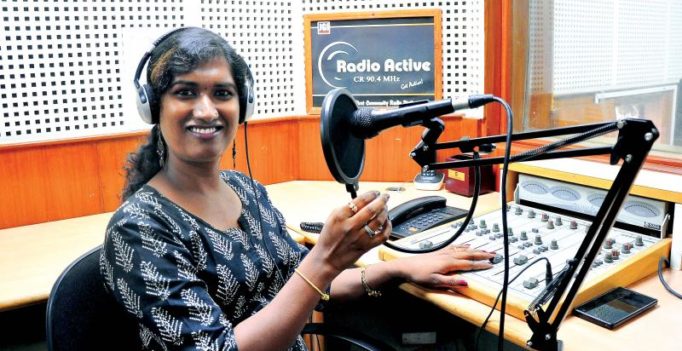 Born Raju, childhood was a traumatic time. He found that everyday was a struggle for identity, for her always felt like and believed himself to be a woman

“My mother didn’t recognise me when I went back to see her and when she realised I was her son Raju, her eyes filled with tears,” says Priyanka, Bengaluru’s first transgender RJ, whose office walls are covered with media articles about her. Born Raju, she ran away from home at the age of 14 to escape the beatings and the insults that had followed him through his childhood. For years, she made a living as a dancer and a sex worker until a chance encounter with a local NGO turned her life around. She became an activist, telling other transgender sex workers how to keep themselves safe. In 2010, when Radio Active, a local community radio station decided to bring a transgender RJ on board to discuss the problems of the community, she was the obvious choice. Priyanka talks to Aksheev Thakur about her journey and why it’s important to stand up for oneself, no matter who we are or what’s standing in the way.

Sitting down in the brightly coloured studio at Radio Active, a local community radio station, Priyanka slips on her headphones, positions the filter mic and bursts forth over the airwaves with a cheerful greeting for Bengaluru, the city that gave her a fresh chance at life. This 32-year-old happens to be India’s first transgender RJ. This is her story.

Born Raju, childhood was a traumatic time. He found that everyday was a struggle for identity, for her always felt like and believed himself to be a woman. Everywhere he turned, he was told to “behave like a boy.” The situation got so bad that Raju was forced to quit school in Class IX and also bid her family goodbye. “It wasn’t just my schoolmates and relatives, I was told to behave like a boy even by my immediate family. My dad would beat me and would only stop when my mother intervened,” she said. “I lost my passion for education and decided to leave the family as well.”

Luckily for Raju, he found a friend who happened to be in the same dire straits. “Meeting someone whose journey was so similar to mine made a world of difference to the mental trauma I was forced to undergo,” Priyanka says. With his help, Priyanka, who was still Raju up to that point, found her way to Mumbai where she became accepted by the transgender community. During her three-month stint in the city, she learned how to dance and her performances at festival celebrations fetched her a fairly decent income.

“I wanted to return to my own city, though,” Priyanka smiles. She made her way back to Bengaluru, where she was forced to supplement her income as a dancer with sex work. “I found support in a guru who helped me go to Hyderabad, where I finally underwent a Sex Reassignment Surgery,” she explains.

Nine years passed and Priyanka hadn’t seen her family once. Every time she was invited to a festival, however, she was filled with nostalgia and an urge to see her mother. Her voice falters just a tad tears as she recounts the journey back: “My mother didn’t recognise me. When I told her that I was Raju, who had now transformed into Priyanka, her eyes filled with tears.” Crestfalled, Priyanka pressed her phone number into her mother’s hands as she left. “I told her to call me when she understands why it was impossible to remain Raju.” A couple of days later, she got the phone call she’d been waiting for. Her mother, she found, to her great joy and relief, had reconciled herself to her son’s new identity. She was also ready to fight the great odds that society had placed before her child.

Making a livelihood was still tough and sex work remained the most viable option for a transgender. She would arrive at Majestic bus stand in the nights in the hope of luring customers. One evening, however, she was approached by a volunteer from a local NGO, Sangama, an LGBT rights group. Instead of passing judgment, they taught her what she needed to know – safety and health measures every sex worker must take.

Inspired, she signed up as Field Mobiliser “It was my duty to convince the sex workers of my community to use condoms and take other precautionary measures. I was happy to have the job and the respectability that came with it. It helped me feed my family,” she said.

When Radio Active, a community radio station approached the well-known transgender activist Akkai Padmashali, asking a transgender RJ to help bring out stories of the long-oppressed community, Priyanka seemed a good choice. And in 2010, when she was officially handed her appointment letter, it seemed there was no looking back.

“Life has been kind since,” Priyanka smiles. In 2015, however, her support system and the person who meant the world to her  – her mother, passed away, leaving her maternal responsibilities resting squarely on Priyanka’s shoulders. “I managed to get my younger sister married and her in-laws treat me as their daughter. I stay with my father too and somewhere along the line, that long fight ended with a smile,” she says.

What about her own life and her dreams? “I want to marry and have a family,” she says at once. “More important, though, is my mission. Society has slowly begun to accept us over the years. I want the government to employ transgenders and to make school children aware of our struggles.” 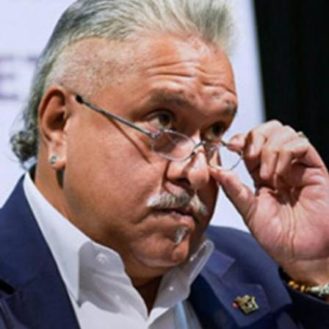