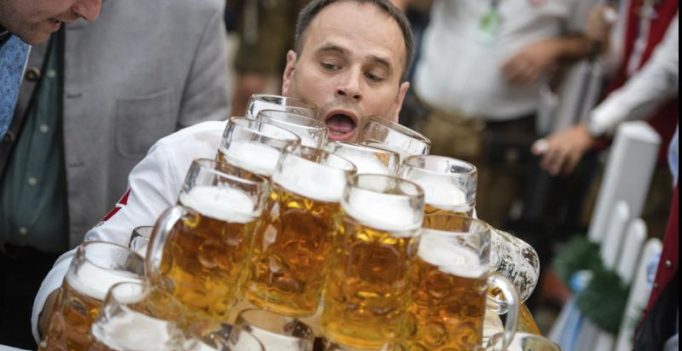 Most of us have struggled trying to carry a big round of beer back to the table for friends in a pub. But for German barman Oliver Strumpfel, it seems to be a walk in the park.

It seems that Oliver can hold his drink better than most people would be able to, all pun intended.

Now, he has set a Guiness world record when he carried 27 litre mugs of beer, weighing almost 50 kgs a distance of 131 ft, without spilling a drop.

Strumpfel, who had to train for the event in the gym to build extra strength, however, is not new to the world of smashing records. He carried a record-breaking 27 pints at the Gillemoos festival, in Abensberg, Bavaria, in 2014 – and managed 24 litres just last year.

However, this year, Strumpfel upped the ante with his staggering round of 27 litre mugs.

The Guinness world record for the most beer steins carried over 40metres by a woman is 19, set by Anita Schwarz in Mesenich in 2008. 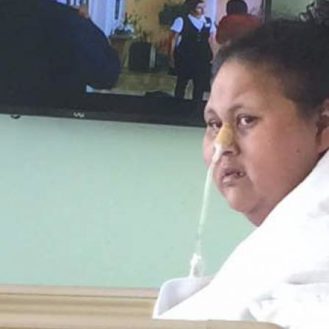