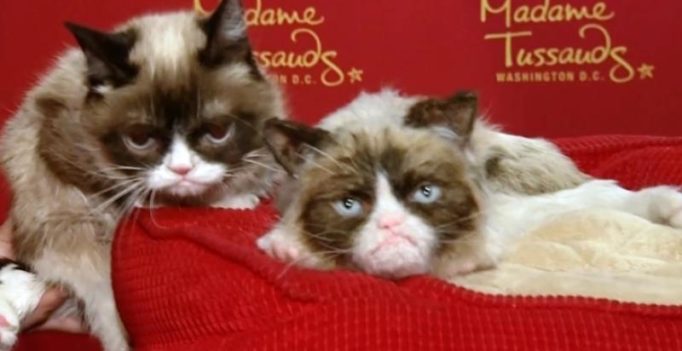 The cat rose to be an overnight social media sensation (Photo: AFP)

Washington: Grumpy Cat, the internet’s most famous scowling feline, not only unveiled a waxwork of herself this weekend, but also joined the cast of Broadway musical “Cats” to close out the show with some added “meow.”

Grumpy Cat, 4, posed next to a wax replica of herself at Madame Tussauds waxwork museum in Washington D.C. last week, before snapping photos with the museum’s other famous inhabitants, including former U.S. presidents Abraham Lincoln, John F. Kennedy and Ronald Reagan.

When asked how Grumpy Cat was feeling, her owner Tabatha Bundesen said, “She was thrilled. As you can see, she’s still thrilled.”

After her visit to the nation’s capital, Grumpy Cat’s next stop was New York’s Broadway, where she was the guest of honour at Friday’s curtain call for Andrew Lloyd-Webber musical “Cats.”

She was cheered on by the cast on stage and the audience as she received a placard commemorating her Broadway debut.

Grumpy Cat, whose real name is Tardar Sauce, went viral in 2012 after her permanent scowl, which her owner said was caused by feline dwarfism, became meme-worthy fodder.

She has appeared in Lifetime movie “Grumpy Cat’s Worst Christmas Ever” in 2014 and also has picture books and plush toys modelled after her. 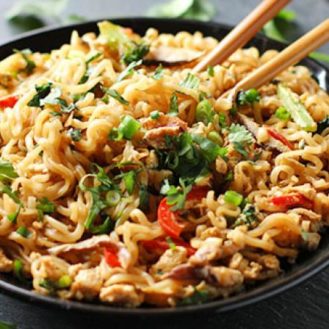 The accused identified as Manish Kumar and Satpal are both residents of Delhi. (Representational Image) New Delhi: Two employees of a cash replenishing company were…