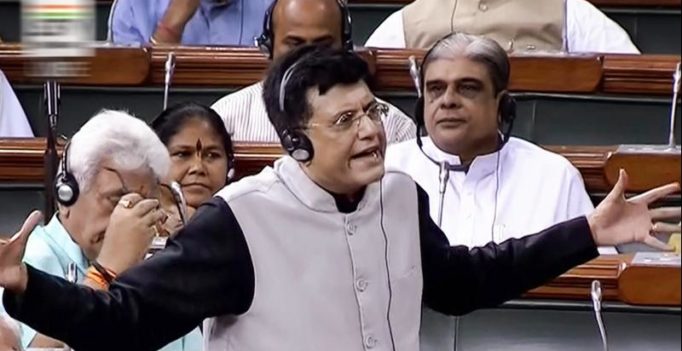 Goyal was speaking in the Lok Sabha after moving four bills seeking to amend the Goods and Services Tax (GST) laws for consideration and passage. (Photo: File)

New Delhi: Finance Minister Piyush Goyal on Thursday said the capacity to slash the GST rates on more items would go up as Goods and Services Tax (GST) revenues and the compliance rate increases and the economy formalises.

His 45-minute speech was interrupted by Congress members who were in the Well raising anti-government slogans on various issues, including demanding setting up of a joint parliamentary committee to probe the Rafale jet fighter deal.

The Minister said the “GST Council has reduced rates on many items and services in the last round. We want the consumer to be burdened less by indirect tax.”

Elaborating, Goyal said that in the last one year, the GST Council has reduced rates on 384 items and 68 services.

He also pointed out that the government was able to collect GST in line with the country’s fiscal deficit target.

Referring to the recent growth forecast about India by the IMF, he said “I think India’s economic growth will be better than this forecast.”

India is projected to clock an economic growth of 7.5 per cent in the 2019-2020 fiscal year on strengthening of investment and robust private consumption, the IMF had said in its latest report.

Noting that India was being called the ‘Golden Bird’, the Minister said “now the entire world believes that India will again become the Golden Bird under the leadership of Prime Minister Narendra Modi”, adding that the reform measures undertaken by the government has benefited India and the rest of the world.

Attacking at the Congress for their noisy protest, Goyal said “the people of this country will not forgive your party as you people are interrupting the House because you want high tax rate.”

He also accused the Congress of not being serious about national security. “What you failed to do, Modiji did…In the next general elections, you may get not even get 4 seats.” Participating in the debate, senior Congress leader Mallikarjun Kharge said that this government does not know how to implement GST.

“More than 50,000 MSME industries closed down in Tamil Nadu alone due to faulty implementation of GST,” he stated. 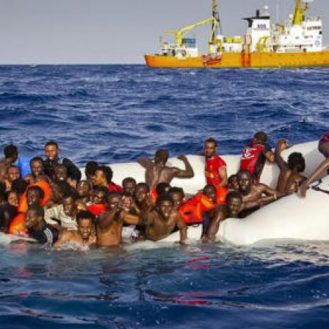