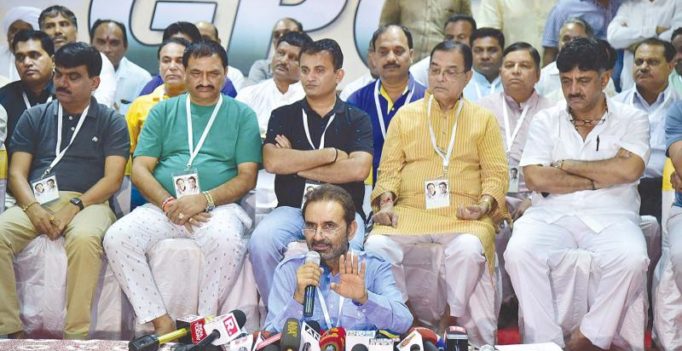 A file photo of Congress spokesperson Shakti Singh Gohil addressing the media with party MLAs from Gujarat and Karnataka Energy Minister D.K. Shivakumar at a resort on the outskirts of Bengaluru

Bengaluru: The Gujarat Congress Committee will bear the expenses of the stay of 44 MLAs at a private resort on the city outskirts here, a senior party leader in Karnataka said on Monday.

As their stay to fend off “poaching” attempts by the BJP ahead of the August 8 Rajya Sabha polls in Gujarat entered the third day on Monday, a few MLAs from flood-hit constituencies of the state reportedly expressed their intention to go back. The Congress leader, who is overseeing the arrangements to keep the flock together, said the MLAs were worried about the public opinion going against them. They think that they will be blamed for “abandoning” voters when their constituencies were facing nature’s fury, he said. The exact number of MLAs who have expressed their  willingness to head back is not clear.

The Congress on Sunday paraded all its legislators  before the media in an effort to quell speculation of  dissension in the party ranks.

The party reportedly chose the city for lodging its MLAs as Karnataka is governed by the Congress. The entire responsibility of their stay has been given to state Power Minister D.K. Shivakumar and his brother D.K. Suresh, Bengaluru Rural MP. “The entire payment of the bill is from the Gujarat  Pradesh Congress Committee. It is in their name only; they  said that they are going to pay,” Shivakumar told reporters in response to a question.

Asked about winning the Rajya Sabha seat, he said, “We will meet on 8th (August). I will also try to visit Gujarat that day.”

Six of the 57 Congress MLAs in Gujarat, from where senior party leader Ahmed Patel is contesting for the Rajya Sabha, have resigned from the party in the last few days with three joining the BJP on Friday.

The party has apprehensions about Patel’s election to the Rajya Sabha, if more MLAs defect. In the 182-member Gujarat Assembly, the strength of the Congress has gone down from 57 to 51. Shivakumar in response to a question said the resort was chosen as the venue to lodge the MLAs after keeping the aspects of security, traffic and connectivity to the airport in mind. 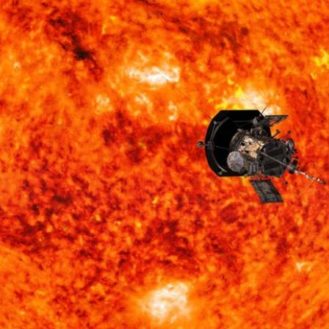