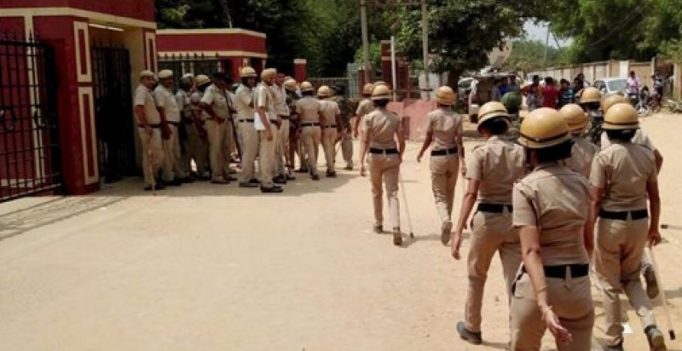 Police personnel maintain security at the Ryan International School in the view of protests in Gurugram on Sunday, two days after a 7-year-old class 2 student of the school was brutally murdered. (Photo: PTI)

Amid raging protests over the gruesome killing of a seven-year-old student in the Ryan International School on Friday, the state government on Monday issued an order stating that all campuses of the aforementioned school will be closed till Tuesday.

Meanwhile, in a move to tackle protests, additional security has been deployed across all campuses of the school.

Earlier on Friday, the school’s bus conductor was nabbed after the body of seven-year-old Pradyuman Thakur was found inside the toilet of the high-profile school, with his throat slit, following which the school’s principal was suspended.

On Sunday morning, hundreds of people, including parents and locals, held huge protests demanding that the police must take action against the school.

Media personnel were also injured during the lathi-charge and their vehicles were also damaged.

The father of the victim, Varun Thakur on Sunday demanded a parallel CBI enquiry as the school has severe administrative loopholes, adding that the family would move the Supreme Court on Monday.

“The murder took place within 10 minutes, which means the conductor was already prepared to kill my son. As soon as the kid entered the toilet, the accused attacked him. Also, why did no one listen to my child when his throat was slit? Did they ignore deliberately? I think the investigation is being influenced by someone who does not want the truth to come out. No culprit must be spared. Even if one of them is let loose, it’ll boost the morale of people like them,” he added.

Demanding Section 304 of the IPC slapped against school management, the weeping father said that the school should own up the blunder and take measures to ensure the safety of children.

“If the conductor has no criminal history then how did he plan the murder? What instigated him to kill my son? Why did he take a knife with him only on that day? The police have added Section 75 of the Juvenile Justice Act against school management, but I demand that the police should also add Section 304 (death by negligence) of the IPC . Also, no one from the school management has met us or spoken to us so far. Soon after the incident, the school is not coming forward to accept negligence on their part. They should accept their mistake and speak up. They should own up the blunder and take measures to ensure safety and security of other students. I have lost my son, but I do not want history to repeat,” he said.

A Special Investigation Team (SIT) constituted to look into the case has pointed out serious security lapses in the school.

The SIT averred that the school did not have separate toilets for staff like drivers and conductors, while adding that the administration even did not get their employees identification verified.

The report by the investigative team also highlighted that the CCTV cameras of the school weren’t working properly and were not installed everywhere. Also, the fire extinguishers were expired. It was also revealed that the school establishment had broken boundary walls.

The report further said that there were no separate toilets for conductors and drivers and the wall behind the school remained unfinished which easily allowed anyone to enter the school premises without permission.

The report also added that a proper police verification of employees working at Ryan International School was not done by the school authorities. 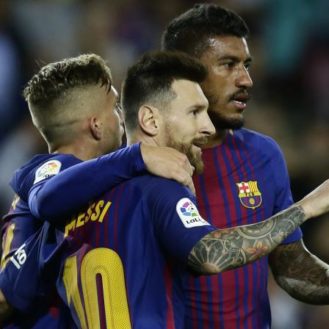