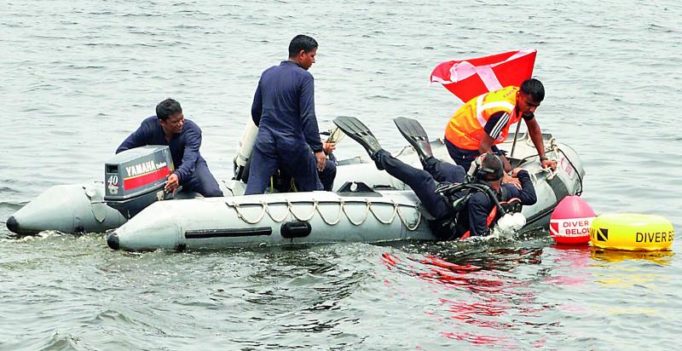 Personnel from multi-agencies demonstrate diving during the mock drill at Naval Dockyard, held as part of the annual joint HADR exercise, Prakampana, in Visakhapatnam on Wednesday.

Visakhapatnam: Eastern Naval Command, commander-in-chief Vice Admiral H.C.S. Bisht said the three-day deliberations and discussions on disaster management will be compiled into a compendium and will be submitted to the National Disaster Management Authority (NDMA).

Talking to reporters on the second day of the ongoing Joint Disaster Management Exercise- Prakampana, he said that the third national-level joint disaster management seminar would be held at Bhuj in Gujarat from September 15 to 17.

He further said they are focusing on the effective coordination among various agencies and stakeholders during disasters. The second day witnessed the armed forces capabilities in minimising problems. The Vice Admiral said communication is the major issue in disaster management.

The assistant chief of Integrated Defence Staff (ISD) Major General Y.V.K.  Mohan said so far they held two coordiantion excercises meetings about how to conduct the exercise with the local and civil administration and other stakeholders.

The Major General said that states should also conduct such exercises at regional and district level for better coordination during calamities.

Before the Vizag exercise, a similar programme was held at Guwahati in Assam in June under the aegis of Indian Army wherein mitigation measures that are to be taken during urban floods were discussed. Next such exercise will be held at Bhuj which will discuss about earthquakes and will be conducted by Indian Air Force. 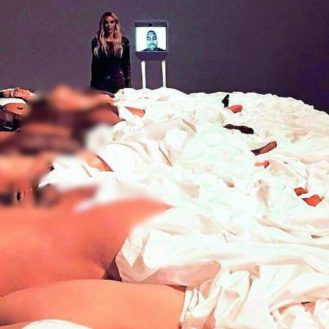 An auto goes the wrong way in heavy traffic at Miyapur on Tuesday. (Photo: DC) Hyderabad: Lack of signaling, infrastructure on roads for pedestrians and…